Part Two of my rummaging about in the "to do" box... 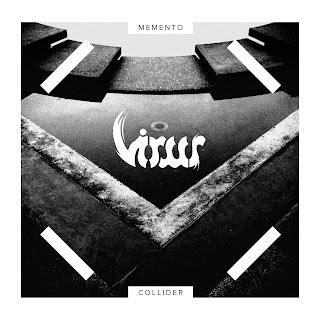 As any collector knows, back in those most fertile of times in the early 70s, buried deep within the German culture bunker that I prefer to term Deutschrock was a freaky acid rock-jazz collective by the name of Virus, who had the benefit of one Konrad Plank at the controls. This modern identically named band bear little musical comparison, but for all that I can detect a definite link to the loose limbed rhythms of classic Deutschrock.

Virus have been extant since 2003 and Memento Collider is the group's fourth album. The songs within are a combination of guitarist Carl-Michael "Czral" Eide’s dissonant chord riffing, Petter "Plenum" Berntsen’s surprisingly melodic bass parts, and Einar "Einz" Sjursø's propulsive elektolurch on the drum kit. Czral is aided in the guitar department by Voivod’s Dan Mongrain making a guest appearance.

Czral also sings in a similar portentous style to Pete Murphy, lending an inevitably air Gothic to proceedings. However the real star on this rather fine and very alt record is drummer Einz whose flailing rhythms are the thing that keeps this Virus infectious.

Virus are  a part of the growing stable of Norwegian label Karisma Records, who are carving quite a name for themselves on the prow of their longship, with acts such as the fabulous Seven Impale, Airbag, Magic Pie, and others. 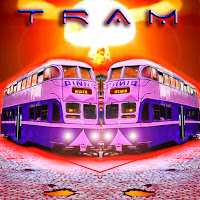 This album came as part of a slim package from that home for stray north western stoners, the aptly named Stone Premonitions label. There was no PR sheet and the cover gives very little away, but if that's not John Simms' guitar then my ears are in a worse state than I thought. The singer has to be to be Tim Jones too, so this sounds like it's the fabulously wiggy Census of Hallucinations under another name.

The music is mostly fairly languid, featuring much acidic guitar and drifting synthscapes with occasional bubbling pulse beats and noises off. Well trippy in fact...

Unfortunately neither band nor label appear to have a Bandcamp or Soundcloud page, and I can't even find a YouTube clip, so no samples.

One piece of info on the card cover of the TRAM promo CD was that the fab sleeve was designed by one Kevin Heard, who it turns out is a musical polymath. On this solo album he plays everything from flutes, saxes, guitars to synths, electronica and various percussion as well as signing, designing the cover, and writing and producing and engineering the thing. I hope someone made him a cup of tea now and again.

What comes out of the glorious stew of instrumentation is a well-crafted space opera with high production values that belies its DIY "bedroom" origins. With nods to Charisma-era Hawkwind and Sendelica the opening rocker of a title track flies by at warp factor 5, changing down the gears to drift idly by on the following Kingdom Come. With many "mission control" snippets between the tracks, this is a fun ride into deep space, exploring many different grooves on the way, from the rocking Cydonia to the space dust whimsical funk of Ice On The Pyramids to the space pop of Under Blood Red Sands, Kevin Heard proves that this pony knows much more than just the one trick.

Another fine shiny piece of plastic from the Stone Premonitions stable, who really should get themselves a Bandcamp page, but at least Kevin has put a few tracks up on YouTube...

I picked this up having appreciated ex-Beefheart guitarist Gary Lucas' collaboration with Peter Hammill, Other World, from 2014. Suffice to say this album with singer Jann Klose, who among many other things was the voice of Tim Buckley in the film Greetings From Tim Buckley is as different as can be, but hey, my taste is nothing if not catholic. A collection of acoustic songs occasionally featuring close harmony singing, and drawing on Americana, this is a charmer of an album, and to be honest, I'm sorry I've let it slip by - I received it in February!

Downhome and with a warm heart, it is easy to get lost in Stereopticon's welcoming arms after a hard day at the computerface. And, it's as far from Prog as can be, so what's not to like? 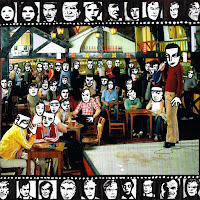 Ashley Reaks the musician makes albums that take inspiration from classic pop, ska, reggae, and punk where the music is in innocuous and complete contrast to the stark lyrics that narrate various ill-begotten strains of the lives of the disenfranchised, all for your enjoyment. For his sins he is cursed with supporting Sunderland AFC, but we all have our crosses to bear.

Assisted by a full band and the complimentary tones of Maria Jardardottir, the music makes this pleasantly listenable but if you listen too closely the lyrics will
deliver a sucker punch to your conscience. Oddly, it works!

In this wunnerful whorl of reviewing, one struggles to come up for air as wave upon wave of new music is delivered to your inbox, or in rarer cases now, your physical mailbox. Inevitably due to the constraints of available time some releases become sidelined. Whether this happens intentionally or not, a sense of duty brings me to this, the first time I have attempted a roundup of those poor waifs and strays that have fallen by the wayside. Herein may be that lost gem you are searching for, or it could just all be entirely forgettable. That is for you to judge, but to assist these be my thunks on the matter...

The task in front of me will start with actual physical releases as the labels or bands concerned have gone to the expense of having a shiny disc made and posted to me, so first up is: 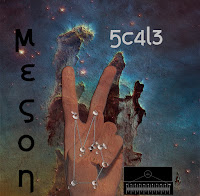 A release on Martin Archer's Discus Music of itself indicates experimentalism and no truck with conventionality, and this one is most decidedly an oddity.

Bo Meson gives his name, itself derived from particle physics, to the improvisational collective Meson. Bo is described as "...a metaphysicist whose poetic musings reinvigorate those around him."  "His constantly evolving and apparently self-contradictory world view..." informs lyrics which "...are inspired by both mundane and celestial issues of scale, ethics and dogma" "With Bo, what seems simple is often complex and the difficult is as easy as 1, ב, ξ."

What we end up with is an improvised inner and outer space opera with Mr Meson declaiming portentously on top, not afraid to lapse into semi-pretentious prose. One feels that criticism of his esoteric style is mere space dust off the cosmic duck's back. In places this reminds me of the also singularly driven NYC-based poet-cum-band leader Copernicus, but with a far more avant outlook.

kem-na mazda features what one assumes is Bo (actually Wolfgang Seel, says Martin) singing in a rather fine baritone that somehow lends an almost religious air to the track, He also uses a female lead voice  - possibly the beguiling frostlake (it is, says Martin)- for some of the recitals, and a chorus of voices here and there make for a multi-dimensional vocal melange, thoroughly in keeping with the rarefied intellectual subject matter. Musically this album rises and falls on waves of cosmic radiation, attaining a quality akin to a Deutschrock version of Hawkwind. Violins, synths, reeds, electronic treatments and standard rock instruments from a cast of 14 combine with Bo Meson's distinctive words for an atmospheric but highly unusual whole. 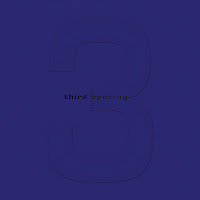 Another CD from Discus Music, Inclusion Principle are a trio comprising a myriad of electronics, found sounds, laptops, keyboards, reeds, drums and percussion. They make minimalistic experimental music focussing on incremental change and micro-detail, often ruptured by noises off and rhythmic shifts, both humanly and electronically generated.

This strange hybrid produces a world where the space is as important as what fills it. Oddly hypnotic, but far from meditative, Third Opening maintains the Discus tradition of sprawling double albums where time ceases to have meaning. The oft used electric piano and the nature of the beats puts this album firmly in a nu-jazz bracket, a pigeonhole that seems to me to have no boundaries, and is therefore more than fitting in this case.

Third Opening is described aptly on the PR sheet as "CD A - mainly abstract, some rhythms. CD B - mainly rhythm, some abstraction." Definitely one for the adventurous among you! 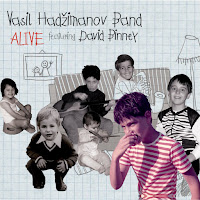 A name virtually unknown outside of the countries that were formerly known as Yugoslavia, and their immediate neighbours, pianist and keyboard player Vasil Hadzimanov has a strong musical heritage, and has played with David Gilmore and Nigel Kennedy, to name but two of a long list from his CV.

With the addition of saxophonist David Binney, Vasil and his band, consisting of guitar, bass, drums, much percussion, and occasional wordless vocals, turn in a consummate performance of ethnic-flavoured jazz fusion recorded on a Serbian tour in 2014 in front of an appreciative audience.

This is the band's sixth album, which explains why they are well rehearsed, but in a genre which is prone to such things, they are never sterile or flash for the sake of it. Vasil's synth work on Zulu alone is a delight, and all in all this album is a good listen.


Zombie Picnic - A Suburb of Earth 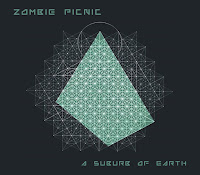 A while after I reviewed his rather fine acid-folk offering The Ranger & The Cleric, Irish guitarist and composer Jim Griffin sent me a CD of his band's latest waxing A Suburb of Earth which turns out to be a melodic acid rock extravaganza of some merit. In places Jim's guitar has a similar melodic quality akin to that of Eric Bell during his Thin Lizzy days, and opening track The B141 Frequency uses Jim's expressive style to good effect. Intermittently spacey and occasionally garagey, The Adamite Bomb lights up a big one before getting on the charabanc...and so she blows, and so she blows...

Occasional voiceovers invoke beat poets and sci-fi writers as the the music takes the well-used cosmic bus to the terminus over four long but not excessive tracks, giving the band time to stretch out. No envelopes were pushed during the making of this record, but after the first two albums in this article, that can be a blessing!