The Fierce And The Dead - Field Recordings

The new album from Rushden musical sensation The Fierce And The Dead was going to be called That'll Lern Ya, Me Ol' Booty, but Bad Elephant label boss 'Ard Man Elliott weren't havin' none o'that, me duck, o no. Mr Elliott, issuing dictats from his lair down in That London weren't havin' no peasants 'avin ideas above their station, and so the more prosaic and cash register-friendly Field Recordings it is.

Last summer, after taking a wrong turn on the way to the Ceynty Teyn to buy a sheep, Farmer Stevens and his ragtag bobtail hayseed dixies ended up at some noisy fair goin' by the name o'Ramblin' Man where they thought they may as well set up stall to display their wares. As we all know, this involves making a mighty fine racket with them electric guitars, amplifiers, and pedal thingies.

But...there was a problem. Just before they mounted the stage, an almighty argument ensued over the ownership of the last bar of Crunchie in the bottomless tranche of largesse supplied by Mr Elliott, otherwise euphemistically known as "The Rider". All that could be heard were the plaintive cries of "Tent yorn"..."Tent theirs"..."Tent mine"..."Welloosunisit?" Eventually, a scawny stray dog wandered over and 'ad it away. That's that solved then.

Right, that's enough of that bollocks, just listen to this and pre-order the thing, it'll dislodge those ceramic ducks off yer wall with ease. 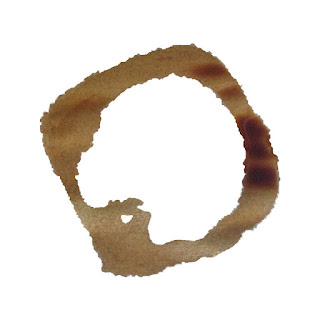 You do realise that yesterday the owner of Everton FC bought the Liver Building, and the Liver Birds will be painted a rightful and justified Royal Blue, to go with our new ground nestling by the Royal Blue Mersey don't you? It's enough for those folk over at Big Stand FC to get their unwashed boxers in a twist.

...sorry, we have to take our small pleasures where we can. Now, where was I? Oh yes, the new album by Christchurch, NZ based ex-pat Scouser and Mad Koppite Matt Deacon and his American drummist buddy Chris Jago, who record under the name The Bob Lazar Story. Firstly, who was "Bob Lazar", and what is his "Story"? Whomsoever he may be, and whatever be his story (Ed's note - summat to do with UFOs...have you not heard of Google, ya lazy bugger?), this latest chapter entitled Baritonia is more than worthy of your attention, and it is more than fitting that this disparate "band" have ended up on that amorphous collective based in That London, known as Bad Elephant Records. Just as there is no defining a general musical trait that runs through 'ard man Elliott's label, so there is no putting one's finger on Matt's...err...musical pulse, so to speak. He's a slippery devil, and his music is just as lithesome and wriggly, and all the more splendido for that.

In The Woods With Tony Iommi is the best track title I have seen in a while, and is, I seem to recall, the product of a "Give a track a name" competition. Lawdy knows what the prize was, a collection of Stevie La's nasal hair finger-knitted into a mitten, most probably. Needless to say the track in question is most definitely not heavy metal as it lumbers through the woods in an alternately angular and lumpen fashion, occasionally stooping down to pluck a wild flower. Mr Deacon lays down some fine guitar on this track, as I suppose he would have to, given the title. Like I say, it is deffo not heavy metal, daddio.


Here's a video, completely unrelated to this album...


Within the strange hinterland of Baritonia you may detect a Zappatista flourish here, or a Crimsoid lurch there, and maybe even a smidgeon of yer Gentle Giantisms, but the whole of this highly tuneful yet wilfully complex amalgam is far more than the sum of any fleeting influences that might be detected. I have spouted nonsensical strings of words about these two reprobates before, so I knew what to expect, but this time round with Baritonia being their first full length album, this ne'er met duo have pulled out all the stops. Simply put, this is a reet little beauty and well worth how ever many ackers Mister Elliott will force from your trembling clutches for it.

Total running time - Longer than it takes to say "It's our year", much longer...

BUY IT HERE (release date is 14th April, but if you're keen - you should be - you can always pre-order the damn thing, wassamarrerwivyer?)
at April 06, 2017 No comments:

A collection of misfits and awkwardness...

Permanently snowed under with review downloads, sometimes you need a good virtual enema to clear out the crap...so here's a collection of shorties. some by guest reviewers:

Based in a hut halfway up Mt Snowdon, these Welsh sheep worriers occasionally come down the mountain to gather in a studio to make incomprehensible noise with acoustic instruments, including the Swansea Nose Flute, the aluminium beat box (otherwise known as "a bucket"), primal shouting, banjos and an acoustic guitar with an action that would snap the fingers of lesser men. One track consists of singist Dai Ovine-Evans-Williams screaming "Arse!" in five different local dialects over guest Steve Hackett's coruscating solo, on a loop. Matt Stevens was never like this.


Blinkywinky Possibility - Me, A Flower

Blinkywinky was once known as Susan Chives, which apparently was her real name until she changed it by deed poll in 1998 following a life-changing acid trip at the Wellingborough Swirly Festival. She makes fetching acoustic dreamscapes and warbles like a shy wombat. Quite luvvly, and only slightly ruined by Steve Hackett's incongruous solo on the otherwise wisp-like I Dream of Clouds.

The title being the only thing about it that grabs your attention, this is the kind of thing that makes mainstream music fans point and larf at prawg. This retrograde inspiration-free endless wibble is about as progressive as 45's cabinet, and almost as ugly.

On one track, the seemingly interminable but "only" half-hour long Breakfast For Gollum, guitarist Mark Mywurdz gets to shred with all the subtlety of of a raging yeast infection, and is about as irritating. When this guy gets going your pet cat will leap from your lap and fly out the room like you just screamed the "vet" word at it. Sadly, one soon finds out that he also knows how to down-tune his guitar, which is unfortunate as it results in endless recycling of those minor key low-end chords that appear on nearly every prog metal album from here to the gates of Mordor.

Buy this if you are a total moron who thinks that prog = progressive. Kanye West is more progressive than this backward looking festival of ego-wankery.

The Muvva return with their trademark incendiary blasts of bestial noise on their new Helmet Cheese EP. This thing will push your eyeballs way back in your head, and while you are blind with ecstasy. kick you so hard in the nads you won't be able to breathe until it's all over. "But...what's the music like?" I hear you ask. I have abso-fkn-lutley no idea.

This is music for the knees. If you can force yourself to sit through its forty eight minutes of ultra-complex lunacy and over-clever machinations, so obviously praying at the altar of the mighty Cow, you will find your patellas will be on the wrong side of legs. Steve Hackett is on this somehere, but you wouldn't know. Rumour has it that he was completely flummoxed by the arrangements and couldn't work out where to fit his solo in.

Fun, but only for masochists.


Crucifix Symphony - Oil The Hinges Of The Gates Of Hell

I mean, just what is the point of prog metal like this? Trying to find originality in this over-populated sewage swamp of a sub-genre is about as easy as finding a social conscience in the Tory Party. Those riffs! Those indecipherable but no doubt puerile lyrics! That hair! Those tattoos! Black...it's all going black...bblllaaacck....nurse, the green pills...mother, o mother....

Either this lot are masters of irony or completely lack any self-awareness. Only buy this if you are deaf.

Waddya mean, this actually exists? (Ed's note - Steve Hackett isn't on this one)