Arriving in good time we bought our drinks and found ourselves some decent seats about ten rows back. This venue was obviously a dancehall or similar, and the design is on the lines of all these places of which there must be hundreds in the UK, although it was on a smaller scale than most. I would say it held about five hundred, all seated on what would normally be the dancefloor.

The band arrive quietly on stage, Peter Hammill dressed in his by now traditional stage garb of black trousers and white shirt, as is Hugh Banton. The pair sit opposite each other, Hammill stage left behind his electric piano, Banton stage right behind his modest bank of keyboards, and not forgetting Guy Evans who is as imposing as ever, between them stage rear behind his drum kit.

The gig kicks off relatively low key with Interference Patterns from 2008 album Trisector, and this is one of a large proportion of that album played tonight. Next up is a marvellously wired version of Nutter Alert from the first reunion album Present. Hammill is as emotive as ever and as the gig goes on gets more and more into his muse. The band sound far more at ease with the trio set up than on the last tour when the fallout, both musical and emotional, of David Jackson's rancorous departure had yet to settle. Hammill alternated between his piano and electric guitar, the latter used to great effect on a quite madly intense All That Before, a song that sounds like All Day And All Of The The Night may have done if it had been a prog song!

Other highlights for me were Your Time Starts Now and Mr Sands from the new album, and of course the oldies Childlike Faith In Childhood's End, which got a deserved standing ovation, an emotionally wrought Man-Erg, and the encore Sleepwalkers. The manic intensity of yore may have been diluted by the passing of time, but now the band play with the consumate ease of masters of their craft, and occasional start-of-tour stutterings apart, which were greeted with smiles all round from the band, played a fine set tonight. Long may they continue. 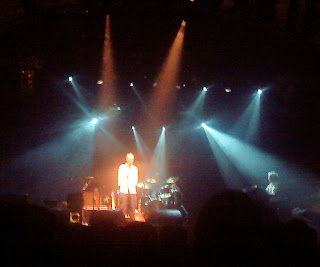 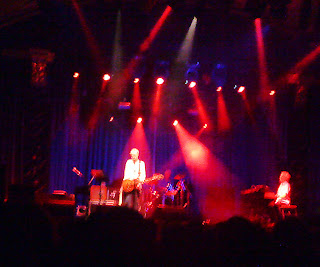