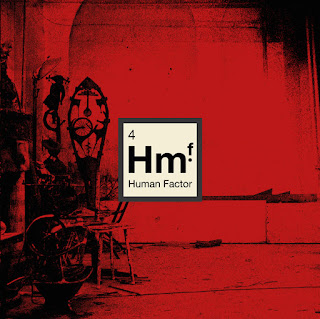 Human Factor is a Russian band whose drummer and bassist, Konstantin Shtirlitz and Alexander Meshcheryakov respectively are former members of instrumental prog band Infront, while keyboard and guitar player Sergei Volkov and guitarist Ivan Ivanov both have backgrounds in the burgeoning Russian prog scene.

Although separate entities, if you close your eyes the tracks meld into one long trip through a sodium streetlight-lit urban landscape at 3am, cold and damp, no-one about, a mood of contemplative melancholy taking over.

The good thing about this record is that it works both as background music and also as an in-yer-face turned up to 11 headbanging session, albeit suffering slightly from maybe being a bit too one-paced and instrumentally similar-sounding. An exception like Polaris shows what the band can do when they shift up a gear from the usual mid-tempo, which works best on Tika, a big sprawling expansive space rock symphony in E (possibly!).

While there is nothing particularly innovative here it is nonetheless a good listen and at 51 minutes is just the right length. It will be interesting to see where the band go from here, as I would hope to see a little more variety enter their sonic palette.


Find out more, and buy from RAIG Records