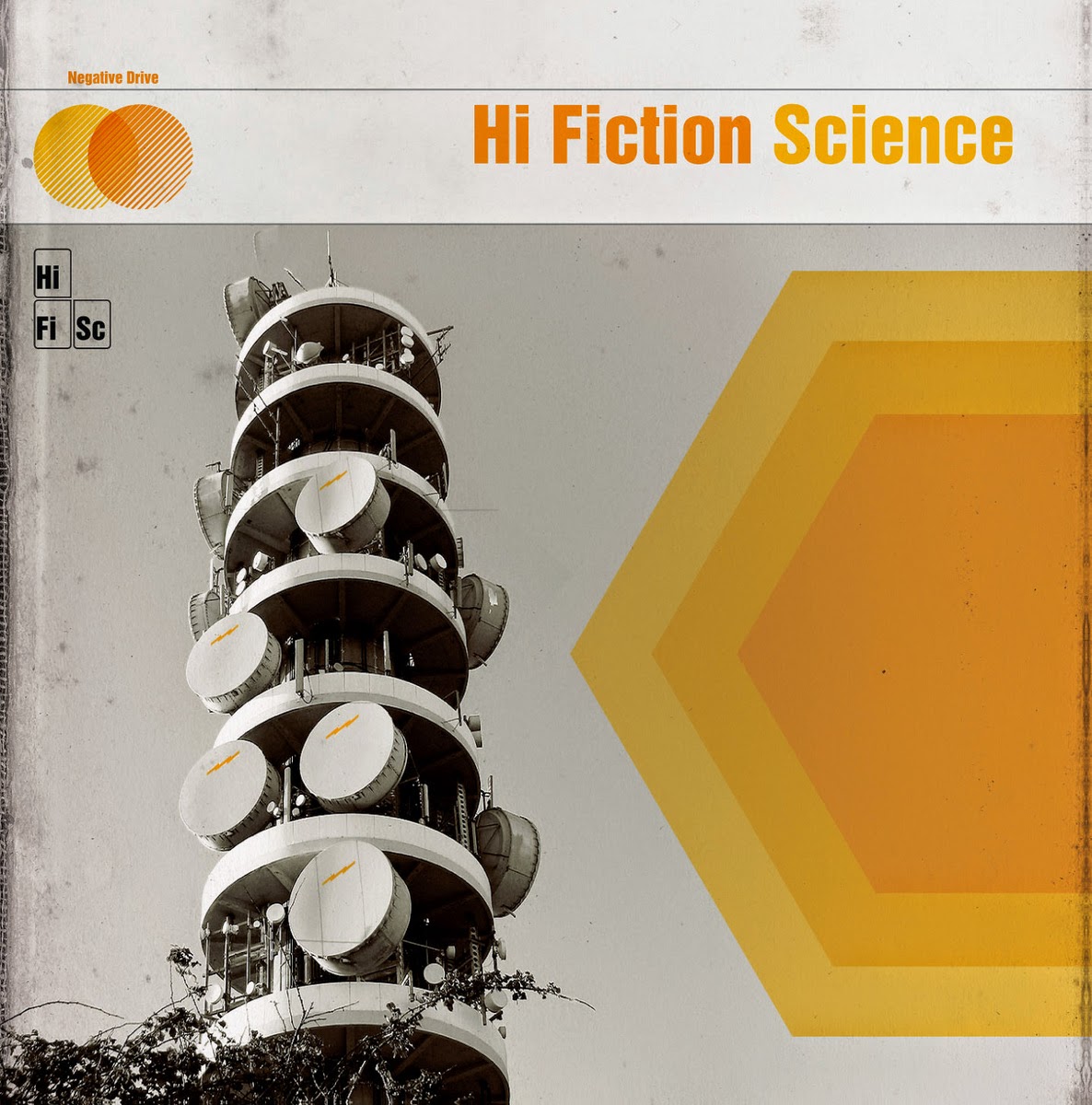 Most folk when asked to think of musicians from Bristol will name Massive Attack, Portishead and Tricky, a formidable triumvirate whose collective shadow looms over any new band from the city. Hi Fiction Science escape the comparison by forging their own take on acid-psych-folk music that stands on its own merits. They must have been raiding their parents' and possibly grandparents' (!) record collections to have come up with a sound that fuses classic acid-folk (Trees in particular springs to mind), indie shoegaze, krautrock and electronica. Knowledge of their lineage is apparent by the inclusion of a cover of a Third Ear Band song, Fleance from the 1972 Music From Macbeth LP, and how many modern bands have even heard of them? And it betters the original in my opinion. They also get to show their indie credos by homage paid in the cover version of Jonathan Richman's Old World.


Their own songs build on these influences and combined with a discernable Klaus Dinger motorik influence in places, added to the ubiquitous fuzzed psych-wah guitars over sundry electronic warbles and squeaks make for a heady and vibrant mix.

Musically timeless, the lysergically attuned Black Flower kicks off the album. As in a good wine take in the heady aroma, roll it on the ears. I’m getting Syd Floydisms, with some early Bickers’ House Of Love. A heady stew. Ah, now here’s some indie shoegaze, and when Maria’s folksy and affecting voice takes centre stage on Old World I’m put in mind of Sally Timms from the Mekons, or Jacqui McShee from Pentangle. The krautrock influence shows in places, particularly in the motorik rhythm on some songs.

Their self-penned tunes are short and simple and engaging with guitar usually dominant through a smorgasbord of pedals and effects, often with the previously mentioned added samples and squiggles, lending the album an otherworldly feel.

The ethereal Spirit Broken highlights Maria’s sultry tones sitting atop a languid instrumental track to great effect, changing up a gear towards the end. At four and a half minutes this is way too short. I want more! In fact at a mere forty minutes, this album sometimes feels like it’s teasing the listener. “Wait ‘til you see us do this live” it says “then we’ll stretch out”.

PSK is another slice of psych-acid-folk atmospherics. I just love her voice. Fleance has a vocal that sounds ancient, as indeed it should, and the backing is a glorious stew of slow space guitars, chugging along at a leisurely pace, building to a climax of squalling. We end with the punky Undulating Blue, which you could imagine a certain Julian H Cope showing off in front of, until that charming voice comes in and takes you somewhere else entirely.

A fine debut offering and a marvellous slice of psych-rock-acid-folk that sounds as old as the hills yet as modern as now all at the same time. I will definitely try to catch this band live, as I’m hoping for a ten minute version of Spirit Broken!