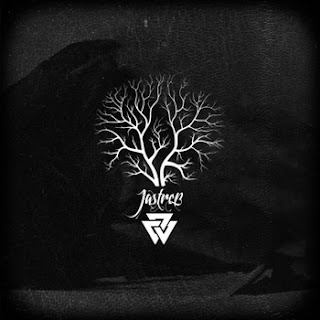 Way way back in the mists of time, or 1972 as we knew it, my best mate Stephen Underwood and moi decided that we would borrow his older cousin's cheap Strat copy and make our very own twenty minute space-rock extravaganza.

The one big problem was that apart from my then residency in a church choir (I kid you not) neither of us had a smidgeon of musical ability between us, nor had either of us ever so much as picked up a guitar before, nor could we read music.

These were but minor drawbacks in our quest for world dominance, so, we invented our own way of "playing". The strings were numbered 1 to 6, low E being No.1, and the frets were numbered from the head stock to the high notes. Then we set about composing, mathematical style. For instance if we wanted to play the first three notes of Smoke On The Water on the low E it would have been written 1/0, 1/3, 1/5...and so on.

Having no knowledge of musical scales was overcome by experimentation, and eventually we came up with a repetitive 3 or 4 note dirge, played at various speeds. After, ooh, minutes of rehearsal we were ready for the studio. Showing the technical ability of proto-Joe Meeks, one of us would record the basic track on the low E and the A onto a portable Philips cassette recorder. The cassette was then popped into Stephen's dad's hi-fi, and then the other one (I forget who did what!) would "play" along to the basic track, the two-geetar grungathon being recorded again on the portable recorder. This was done until a) the batteries ran out, or b) the tape disintegrated.

The resulting simplistic and murky cacophony had a strange harmonic dissonance as being unable to tune the thing, we had relied on Stephen's cousin pre-tuning it for us and inevitably it slipped from the true note over time. Not to mention that keeping time and hitting the right note was somewhat hit and miss. After all these years it amazes me to learn that the tape survived and that someone has recorded a cover version, under the name Jastreb!!

Jastreb, named after a cold war Yugoslav fighter-bomber, feature members drawn from, amongst others, the mighty Seven That Spells, a band whose righteous The Death And Resurrection Of Krautrock: AUM showed what can be done with a right bloody racket. Jastreb however, are simply awful. Their one track drone rock riff, all thirty six minutes and forty two seconds of the bleedin' thing, probably thinks it is hypnotic but in actuality is far too grating for that. It starts off with a three note descending pattern repeating itself ad infinitum until half way through, when it steps down the ladder of complexity, if that were possible,  to hang endlessly on one repeated chord forfeckinever. To paraphrase Scott Walker, if shit were music, this would be something where you would advise those following to "leave it a while if I were you".

This album could be useful if your crow scarer runs out of cartridges, or if you have someone in your house you are itching to introduce to the delights of migraine headaches. Nope, I don't understand!
at February 14, 2013