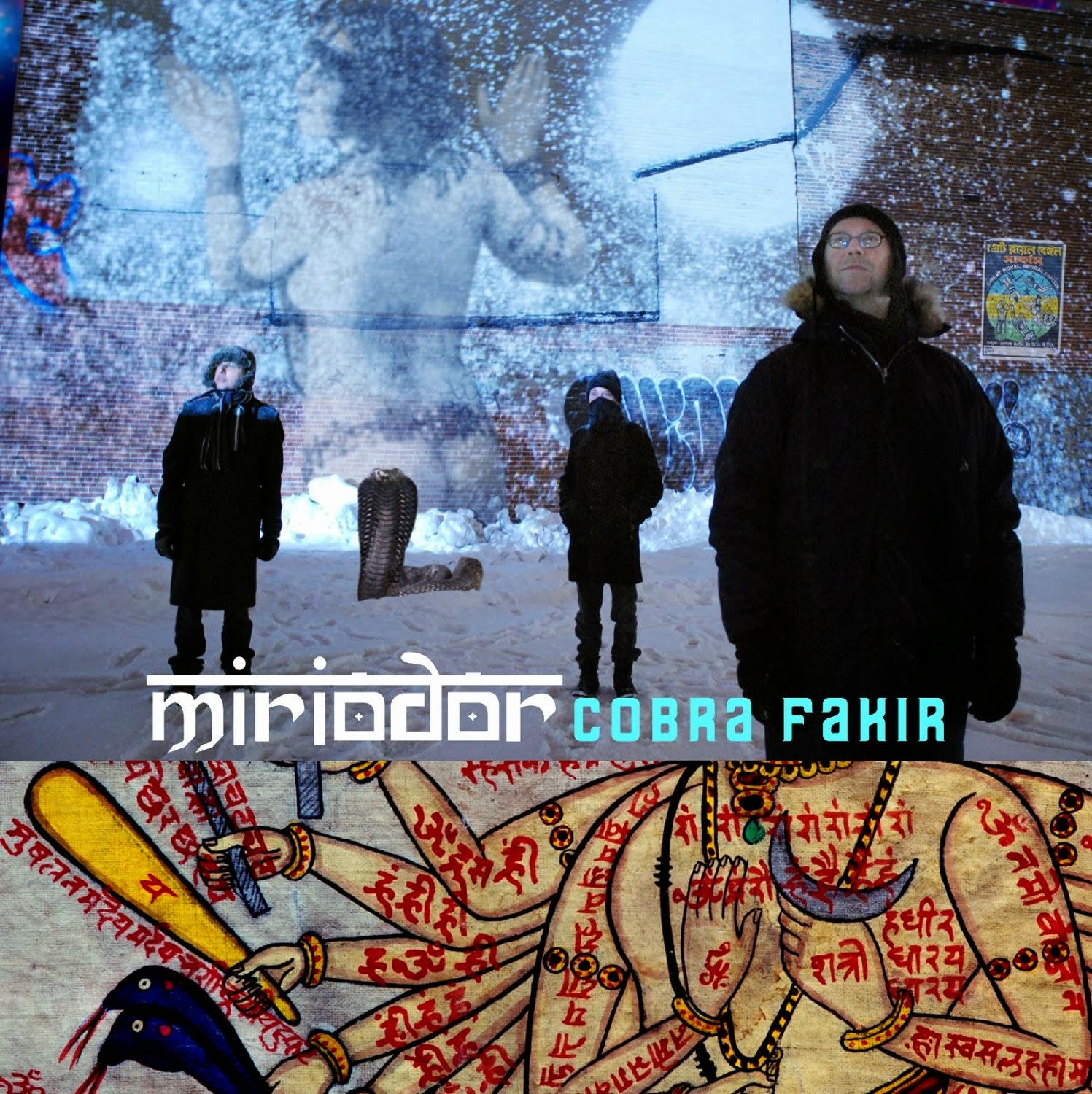 With a career going back over 30 years, French-Canadian band Miriodor have carved out an instantly recognisable sound that straddles avant rock and jazz, and in the process have become stalwarts of the Rock In Opposition scene. Hey! All you trad-prog fans; don’t let that put you off, for Miriodor’s sound is accessible, playful, and rarely ventures down wilfully dark and obscure alleys for the sake of it, as some bands of this genre have been known to do. This album is anything but pretentious, and is a good place to start with RIO if you’re thinking of dipping a toe or three into what can be choppy and shark-infested waters.

Released last September, Cobra Fakir, is only their eighth album in all those years, as great care is taken crafting the intricate splendours they occasionally unleash onto a largely ignorant world. The last album, the utterly splendid Avanti!, came out way back in 2009.

Cobra Fakir, or “Snake Charmer”, is a suitably hypnotic and involving album that sees the band revert to a trio. Original member Pascal Globensky (keyboards, synths, piano) and the soon to follow Rémi Leclerc (drums, percussion, keyboards, turntable) are joined by Bernard Falaise (guitars, bass, keyboards, banjo, turntable), who has been with the band a mere 20 years.

Belying its seemingly highly structured sonics, the album was mostly written on the hoof, starting from vague ideas and recorded improvisations. The end result is a million miles away from the chaos that might have resulted, and is testament to the players’ long experience.

After the subtle but deceptively complicated La roue rolls down the hill we are straight into the longest piece on the album, the title track. Beginning innocuously enough with a keyboard and guitar theme, the song unwinds slowly into a more agitated second segment, Univers Zero with a lighter touch. One can hear Henry Cow’s more accessible melodic structures in here, too. The tune winds on with some fabulous and tricky interplay, the rhythm section keeping things in strict control.

The three keyboards in the line up prevents any “star” turns, as it’s not possible to say who is playing what, especially as I only have a download and therefore no CD booklet to guide me, although it is likely the more up front keyboard parts are Pascal’s. In any case there is no soloing as such, everything becomes part of the whole.

The song winds down with a nice piano/acoustic guitar/accordion section, and the theme from the start is reprised at the end on an acoustic with a lovely, almost Steve Howe-like performance.

Entirely instrumental, the titles have the freedom to say what they want. So we have pulsing songs about bicycle races rubbing shoulders with sonic stabs at the intractable problems of speed dating on Mars, along with the menacing musical beast that is Saturn’s largest moon, and a mysteriously off-kilter soundtrack to a detective mystery set in Siberia.

The Mars speed dating scenario is emphatically underlined by a heavy slab of metallic guitar and keyboard riffing that bears the hallmarks of some of the darker RIO bands, but this part is countered by more fabulously light-fingered interplay that prevents the song becoming a doomfest. Maybe they spotted Gentle Giant traversing Pavonis Mons by balloon?

More delightful acoustic guitar surfaces at the start of the playfully spooky Tandem, later reflected by the electric, and countered by the return of the acoustic, joined by the tinkling piano. Some spiky electric guitar interjections ask more questions in another self-contained tale of intrigue. Ringing guitars and revisited themes build an atmosphere of expectation, and for now this is my favourite track on the record.

Space Cowboy (no, it’s not that one!) is possibly the strangest thing on here, but it retains the sense of fun and adventure that runs through Cobra Fakir. The album draws to a close with the eerie two and half minutes of dark ambience that is Expérience 7, and for the last fifty minutes we have been well and truly entertained.

The songs on Cobra Fakir can be likened to the chapters in a novel, one that demands a sequel. I have no doubt that some highly conservative prog fans will not understand this fine record, much to their loss, but anyone with a sense of wonder at the way some musicians can get the old synapses firing in perhaps unexpected ways should definitely investigate this complex but highly enjoyable album. Miriodor have a wonderful sense of melody to counter their more experimental tendencies, and Cobra Fakir pulls off the hard to achieve feat of being both quite odd and very accessible at the same time. Go on, all you symphonic prog fans, take a chance, you might be pleasantly surprised!