A musical postcard from the Yorkshire Pennines

It's been a while, eleven months actually, since I last reported on what's been going on up in that enclave of endless creativity that is the Big Block 454 studio up in Hebden Bridge, North Yorkshire. In that time Colin Robinson along with his sonic cohort Richard Knutson under the name of Churn Milk Joan has released two albums; Trading Cards On The Balcony in November 2013 and the charmingly titled I Live In Your Stomach in January this year, both politely placed below the radar of an uncaring world.

I have been even more lax in reporting on Colin's ambient venture Jumble Hole Clough. Since April 2013's Two Days In April he has put out a mere three studio albums and one live album! This guy makes even the likes of uber-prolific Bill Nelson seem positively lazy. I'll have a listen to the JHC offerings later, but for now it's Churn Milk Joan for our delectation.

In case you were wondering, the ancient sounding names Colin gives his bands come from local landmarks near his home town. That area of The Pennines, or "the backbone of England" as it is known, is one of the most starkly beautiful in our sceptre'd isle, and proof positive that we are not, as some tabloid rags would have you believe, being buried in concrete. 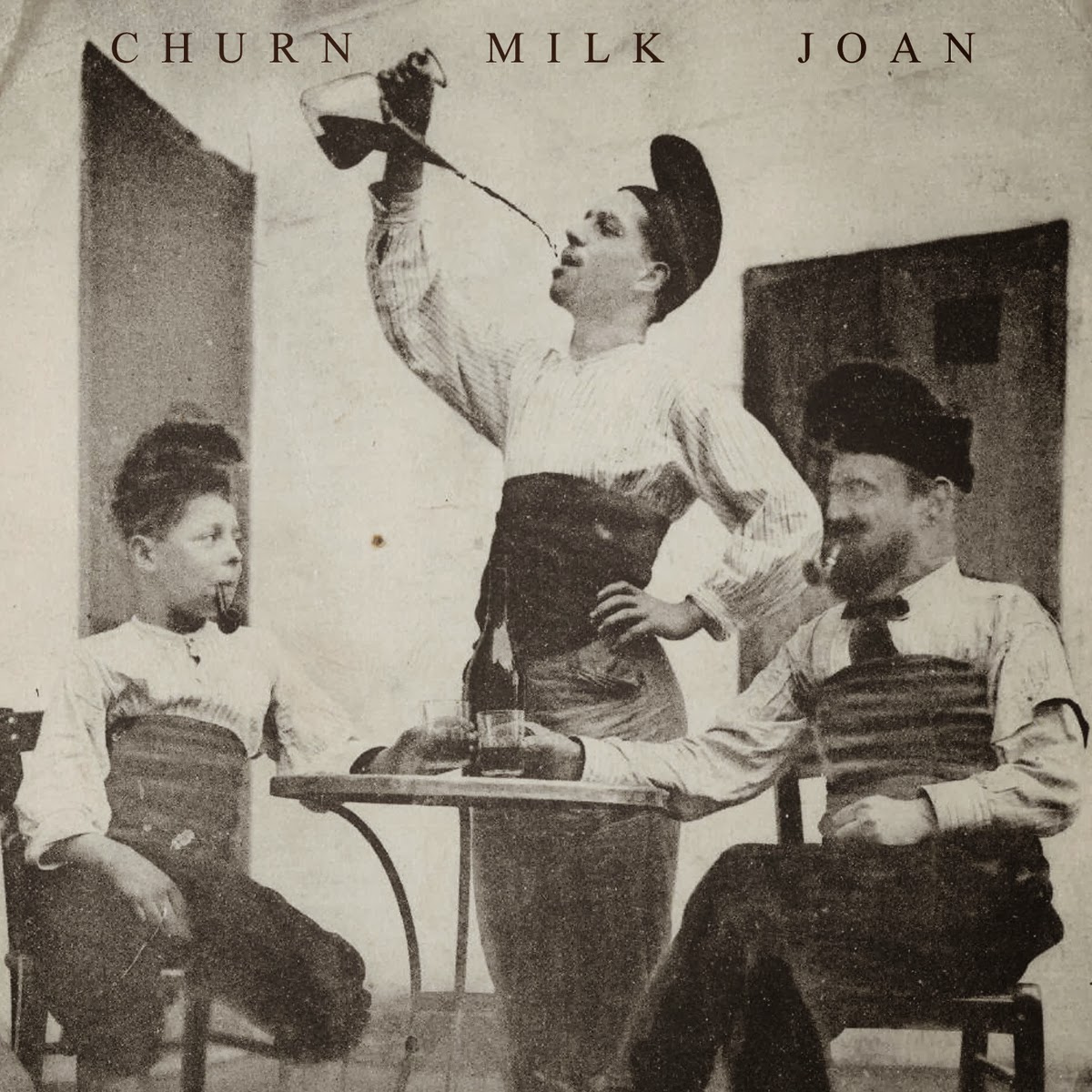 First up, we have Trading Cards on the Balcony, which kicks off in typically oblique fashion as Richard tells us "I have a Barbie house, and a Barbie soul", set to a minimalist funk groove, The Gang Of Four with new musical electronica to play with.


Richard has the kind of nasal drawl in his delivery that were he English and not American could only be Mancunian. Did You See Buddha? has him leerily intoning "See see Buddah, is that OK with you?" as a threat; an implied irony that makes me grin.

The Farm goes for a stoopid space-funk thang, with a trace of drool on the chin, early Can colliding with The Edgar Broughton Band's marvellously bonkers Is For Butterflies.

1000 Golden Tigers, who amongst other things, "play chess with polar bears" are also treated to a few incendiary sparks flying from Colin's guitar after their languid stroll through a surreal wah-reverb jungle. Colin really lets rip on closing track We Are Divine, playing the role of an alternate universe Eddie Hazel. The longer this number progresses, the more loose-limbed and crazy it becomes.

A fine and mad album for those of us with three left legs! 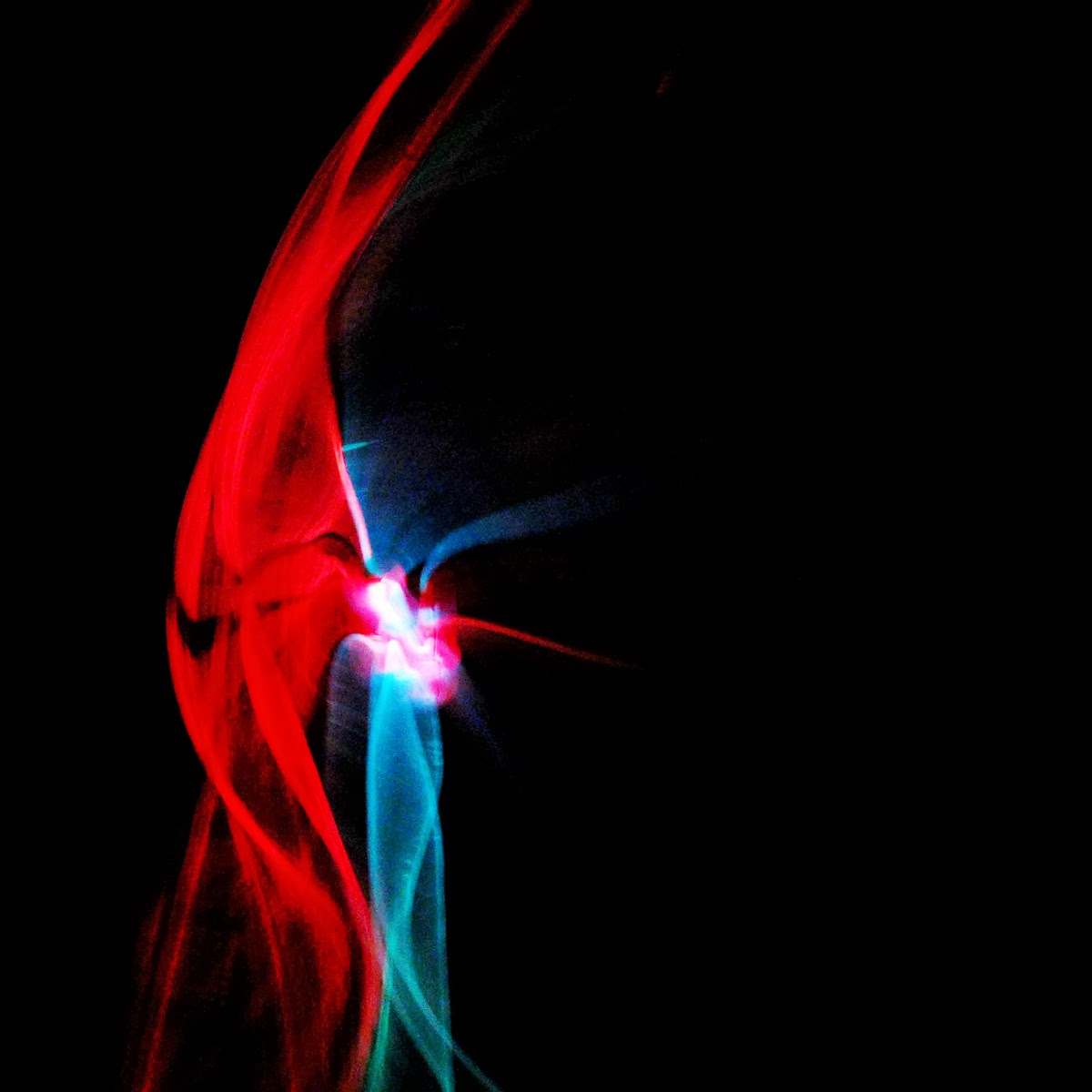 Where Trading Cards On The Balcony was a relatively controlled affair, I Live In Your Stomach is far more strung out, looser and more hit and miss as a result. You could say that I Live... and Trading Cards... both set out for a long walk across the moor, but I Live... forgot to take a compass.

The only way to get into this is to moo like that sheep on CMJ's Bandcamp header, and lose your preconceptions. There be odd things afoot in Hebden Bridge, and right from the beginning this is apparent.

The sparse funk extrapolations of A Tangerine For the English Protestant becomes the background for the repeated refrain "Sadomasochism" from Colin and Richard in world-weary unison forever and a day. The version of this slab of hypno-funk that you hear on this album may well have been edited down from an original three hours plus.

This album is a funker's free jazz trip, and Parthenogenesis continues to mine an improvisational seam that in this particular instance does not quite work. Thankfully we are back in the groove for the twenty minute excursion into the depths of CMJ's dark imaginings that is Plexus & Pylori, led by Richard's menacing tones over his Jah Wobble-like bass lines.

"So many conflicting realities to choose. I will take them by the balls you never use" is an angry declamation against the worker who is conditioned to view his train journey to work as "a measure of success". The parallel is drawn between the titular parasites that live in the gut and the hapless commuter, which is stretching things a bit, but then again things are never quite what they seem down here, deep underground in the belly of Churn Milk Joan.

Plexus & Pylori is a dark, claustrophobic, and strange tune and the lyrics get ever more abstract and impressionistic while retaining the feel of dissatisfaction at the way things are in our cosy Western world. "...Tell me how we did today,...Why did you get out of bed?" Alternatively, who cares? Pour a large one, light one up, whatever your poison, and lose yourself in their dystopian boogie-woogie.

The Kearsley Cargo Cult has a wonderful reverberating bass line above which Colin's spidery echoed notes build a fragile web, finally triumphant with an excursion of fuzz-wah righteousness.

This album is by far the more "difficult" of the two I have written about here, but it certainly has its moments. No doubt there will be more to follow from this productive duo, hidden away in their culture bunker, buried deep in England's spinal column.

The samples used on "The Kearsley Cargo Cult" were recorded by Mark Joell and Colin Robinson at the Purley Chase Swedenborgian Centre, Warwickshire in 2007.
at March 09, 2014