Anekdoten - Until All The Ghosts Are Gone 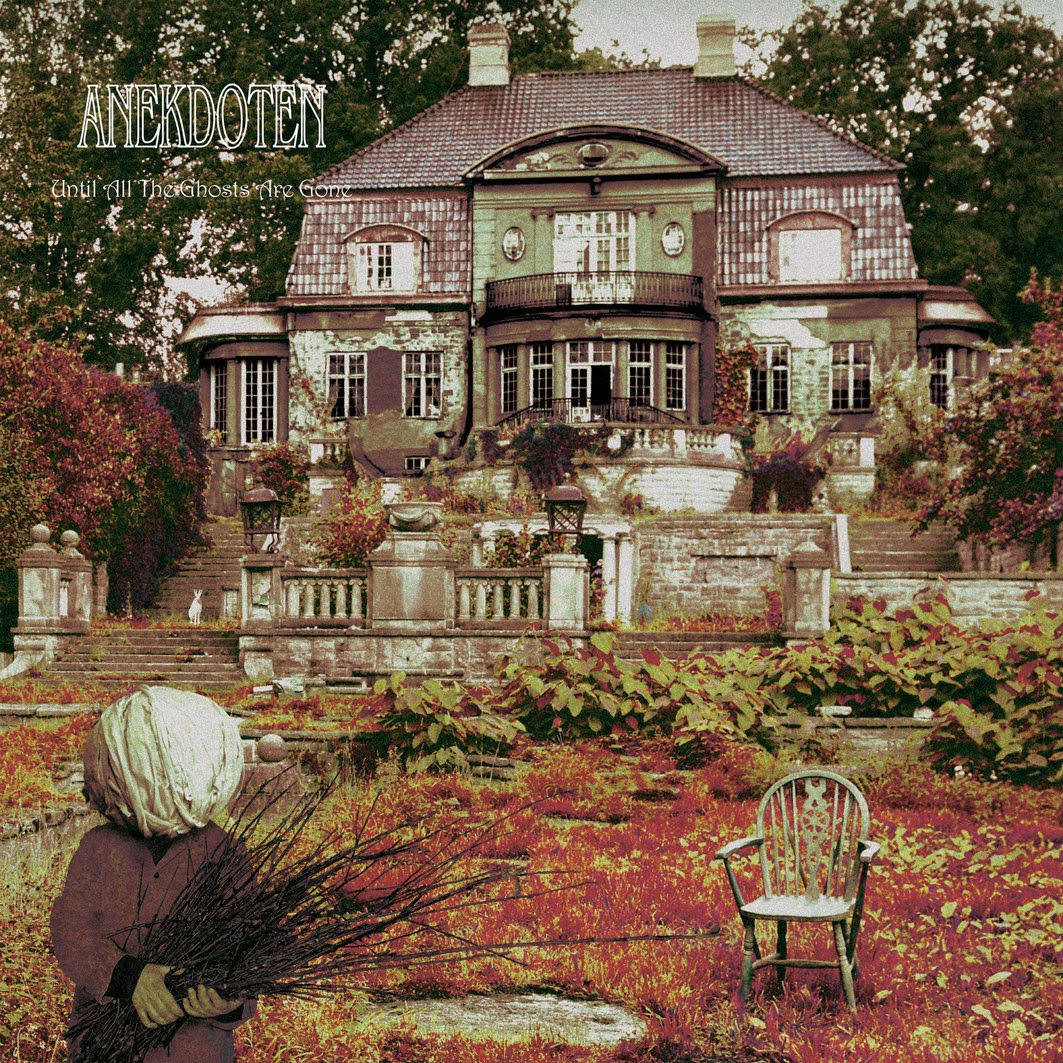 With Anekdoten albums being occurrences as rare as Everton FC trophy wins...well, ok not that rare...the arrival of this, their first album in eight years is something of an event for me and the handful of fans who are aware of this band. Even amongst the prog family a not infrequent answer to the statement "Anekdoten have a new album out" is often "Who?" It seems this long-running  band have a profile as low as Holland.

Most if not all of this seminal Swedish outfit have careers and of course families out there in the real world, and Anekdoten is an occasional indulgence for those rare occasions when the four members can synchronise their diaries and get together. This they have managed to do, and this time for long enough to write and record an entire album.

If any of you follow my witterings, then you will be well aware that this band and Änglagård are the reasons I got back into prog just over twenty years ago. Whereas Änglagård lurk under giant mushrooms in the darkest corner of the pine forest, building deftly intricate constructs of complex and dark prog-folk, this lot stomp that mofo wood down with giant hobnailed boots whilst wielding chainsaws. They are indeed the yin and yang of Scandi-prog, albeit linked by the commonality of a dominant bass player.

To be honest, of the two bands I always had slightly more of a penchant for the headcrushing might of Anekdoten, but their last album A Time Of Day didn't quite hit the heights of former glories for me. After all, this band are responsible for two of the loudest and heaviest live recordings you will ever encounter. 1997's Live EP and the following year's Official Bootleg: Live in Japan are must buys if you are into heavy, and I mean HEAVY prog. These are the kind of albums that deafen even at low volume, and bloody brilliant they are too. As is perhaps inevitable, after their peak of studio-bound heaviosity achieved with sophomore album Nucleus in 1995, the three subsequent albums, each released a steady four years apart witnessed a gradual lessening of the sonic assault. However, the eight year gap to this sixth album Until All The Ghosts Are Gone appears to have recharged the collective battery, and then some.

Riding an interstellar wave, originating at the dawn of time, suddenly Shooting Star crashes into the surface of a benighted planet of your worst imaginings. This is a righteous and thunderous declamation that announces the arrival of a new Anekdoten album in a manner to which we have become accustomed. The eight year wait for this album is instantly forgotten as the tune charges around smashing furniture and breaking spirits at will. An atypically optimistic lyric from bass monster Jan Erik Liljeström tells us to "Hold your head up high", and another new layer is added by the organ embellishments of ex-Opeth man Per Wiberg.

"Hello my friend, tell me how you've been" brings forth a smile and a sigh as Jan Erik introduces Get Out Alive, and like meeting up with a good mate you've not seen for...well, eight years, it's as if the old conversation is taken up without so much as a pause for breath. Yep, I'm going to enjoy this ride.

Rekindling the old sense of power, the mighty weight capable of crushing buildings evident on the likes of Our Days Are Numbered is countered by the maturity of the passing of years, reflected in straight ahead great songwriting, as on the title track.

Fleshing out the sound this time around in addition to Per Wilberg is Theo Travis, go-to reedsman of choice for the prognoscenti, adding his subtle but striking flute playing to If It All Comes Down To You and Until All The Ghosts Are Gone. Marty Wilson-Piper of The Church and All About Eve fame is all over the title track - I was going to call Marty a "veteran" but as I am virtually the same age I thought better of it! Finally we have some great saxophone on the pummeling Our Days Are Numbered from Gustav Nygren, whom I last encountered as part of the rather fine but sadly short lived Swedish heavy prog outfit Makajodama, who released one eponymous album back in 2009.

Bearing in mind the presence of a former Opeth keyboard man on the opening track and listening to this album as a whole it would not surprise me if Mikael Åkerfeldt was a fan, for his band's latter adventures into heavy prog certainly display Anekdoten hallmarks, given that Anekdoten have consistently developed this sound over a period of time that begun before Opeth released their first record, and certainly well before their current heavy prog fixation.

A more rounded sound, added to by the guest appearances, and a less up front bass guitar take the album into a more relaxed but still occasionally brutally intense territory. Once again Jan Erik's voice plaintively cries above the swirling maelstrom, a juxtaposition of styles that has become one of Anekdoten's trademarks.

Finely balanced around some marvellous flute playing from Theo Travis, replied to in keening fashion by Niklas Barker's lyrical guitar makes If It All Comes Down To You an early album favourite, and takes the band to a higher level of musical repose. As does the subtly grandiose and cinematic title track, played as the hero of the film fades into the sunset. Marvellous!

Central to Anekdoten's music over the years has been the meshing of a thunderous guitar and bass melody with tumultuous melancholic waves of ye olde Mellotron, and this record does not disappoint in that respect. Just listen to the typically and bleakly titled Writing On The Wall for primary evidence.

Too soon we reach the last song on the album. We are lulled by the eerie and creepily quiet start to Our Days Are Numbered, and then suddenly the force hits you and you are unceremoniously flung upwards and sucked backwards through a vortex, back to the scorched Earth left in the wake of Nucleus. Niklas' guitar does justified and ancient battle with banks of Mellotronic lovliness and one of THOSE menacing bass lines from Jan Erik. This track proves, if nothing else, that Anekdoten do indeed remain mighty.

The last time I had contact with the band was close to a gig I had long anticipated, which for unfortunate personal reasons they had to cancel at the last minute. The 6th of October 2011 was to have been the date of what remains their only planned UK appearance, ever, and it is a date I hope one day will be rescheduled...we live in hope!