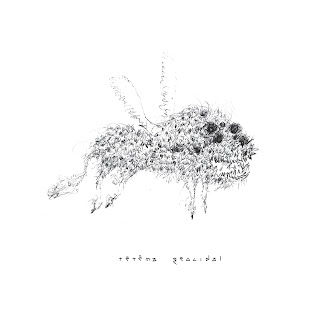 Mike Patton as part of Faith No More played a big part in one the best albums of the 1990s regardless of genre, the brainfrying acid punk metal cinemascape that was Angel Dust. Since then I have dipped in and out of Patton's career, especially his projects away from the band, whom he joined in 1988. Faith No More split ten years later and since then Patton has developed into something of a musical polymath. His career covers all bases; from continuing to front his previous band, the absurdist pop-metal outfit Mr Bungle who ended on a high in 2000 with the superb California album, to experimental solo albums, via the avant garde improv group Hemophiliac with John Zorn, to singing Italian oldies from the 50s in front of an orchestra under the name of Mondo Cane, and not forgetting the barking but wonderful experimental metal outfit Fantômas. Oh, and he's dabbled in opera, too, as well as acting in films and composing film scores, and of course he joined the newly reformed and still working line up of Faith No More in 2009, and then there's alt-metal supergroup Tomahawk, and the seemingly dormant Peeping Tom project.

No wonder then that Patton blamed the break up of his marriage to Italian artist  Cristina Zuccatosta partly on his obsessive working practices, during which as legend has it, nothing stronger than caffeine was consumed to keep him going. This man makes Steven Wilson appear sloth-like!

And so we arrive at Patton's latest adventure along the road less travelled, the exotically named Tētēma. This project is really the brainchild of Australian pianist, electronica manipulator and composer Anthony Pateras, who spent 18 months putting this together, the germ of the idea apparently "…started when I locked myself in a convent in rural France for 10 days to think about rhythm and sound". Sounds like a normal day at the office for Mike, no wonder he was interested.

Taking my cue from the record label's PR blurb, and because I am feeling especially lazy this dreary wet autumnal day, I won't attempt to describe this in my usual lengthy detail, only to say it is an analogue-electronica-percussion-vocal mash up, the like of which you won't have heard before. As Ipecac Recordings put it, "To us, it sounds like two maniacs in their respective studios having the time of their lives, rebirthing some of the most insane songcraft this side of the godforsaken Miley-Cyrus worshipping millennium". Yep, that'll do.

This deeply unsettling and specially commissioned video by avant-garde film maker Sabina Maselli for the track Tenz sums it all up perfectly...

One thing to note is that only a small part of this work derives from sampling, the majority is real and organic, although your ears may struggle to believe it. Followers of Patton will not be surprised that this record is way out on a limb, just as it should be.

...and a whole lot of other guest musicians, written in a nigh on impossible font to read. You'll just have to buy the CD and squint!