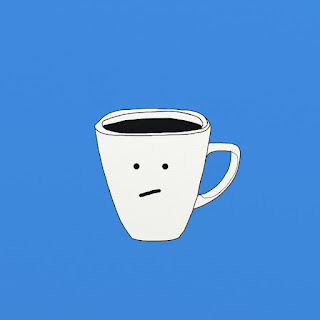 In the modern era of music making, a pet saying of mine, aimed at the surfeit of truly average, sometimes awful music out there that was made only because of a working knowledge of cheap audio recording and manipulation software, regardless of any actual musical talent, is "bedroom music that should have stayed there".

Hundreds of these recordings that back in the day would not have progressed beyond the guitarist's parents' garage, let alone made it it to a studio are uploaded every month for the benefit or otherwise of the universe at large. Of course, I appreciate the irony in all that, being an amateur myself, but hey I can take it!

Here we have an ex-pat Scouser and occasional cab driver now residing in Christchurch, New Zealand collaborating over ye interweb with a drummer ensconced in Los Angeles, USA collectively under the name of The Bob Lazar Story. From what I said at the beginning of this piece, you might be forgiven for thinking that I am about to set sail on a self-induced stormy Sea of Rant. Well, no actually, as Self-Loathing Joe is actually an example of the benefits rather than the drawbacks of instant comms and easy access to recording technology.

The ex-pat Scouser is Matt Deacon, and the Californian sticksman is Chris Jago, and together they have made an individualistic instrumental EP that is full of invention and the joys of life. Matt's sense of humour is apparent from his instrument endorsements on Bandcamp. He uses "plenty of fucked gear held together with sticky tape and hope", a true "bedroom musician" description if ever I read one, while Chris appears to be a real pro, judging by his percussive listing.

I have no idea if the two protagonists have ever met, but Matt's occasionally slightly Zappa-esque tunes, with an added hint of mischievous glee now and and again are perfectly pinned down by Chris's authoritative but never overpowering drumming, as if the pair have been together in a real band for years.

There is also an archness that runs through this short but charming piece of work, highlighted by the opening and closing tracks, the latter being the reverse of the former, which is exactly as described. Also, you will spot a Hatfields' humour to the song titles, and even some of their musical influence within Foodstool Exacts Revenge Upon Gilchrist The Traitor. "Foodstool" is a reference to the duo's previous EP, which is another slice of eclectic but fun music making.


Ezekiel II, by far the longest tune here, commences as a slow funky strut led by Chris's solid beat before riffage and later some disembodied voices turn it to a is a cosmic glide in orbit around Matt's slide guitar figure and some reverbed keyboards, almost Floyd-like in places.

Matt and Chris have emerged from their virtual bedroom with their dignity intact and judging by this EP do not deserve to be confined there, at all.