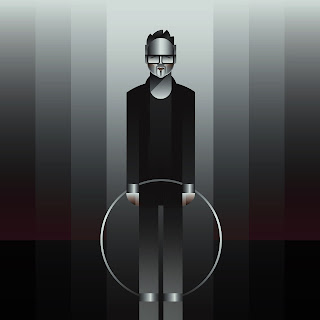 Markus Reuter is a name you may have heard of, but likely as not, you haven't. Those of you to whom the name is unfamiliar are in for a treat, as Markus Reuter is one of the most innovative musicians of our time, and has played with many, many people, and composed hundreds of pieces of music. His favoured instrument is nominally the touch guitar, but that is only the start of it. Markus has extracted noises out of his various stringed instruments via all kinds of manipulations and in tandem with varied exotic electronica, that those of us musically challenged twangers who barely got beyond 12-bar blooze have nary the capacity to even dream of.

Those of you who are familiar with the name will, like me initially, probably know him as a member of Stick Men, where he plays the studious foil to founder members Tony Levin and Pat Mastelotto's more animated presence, and on this compilation his trusty touch guitar never seems too far from the picture.

What really grabbed my attention was catching Markus' documentary on the recording of his modern classical tone piece Todmorden 513. The documentary was broadcast a few years ago on BBC4, and is a captivating if understated film, rather in tune with Markus' low-key personality, telling the story of a truly fascinating piece of music, composed for a full orchestra by our unassuming hero.


Here's the full documentary...well worth watching, save it for later!

Sorry, got slightly sidetracked there for a moment! The point of this article is Fool In Music, which is a two and a half hour long career-spanning compilation, naturally including one of the movements of Todmorden 513. Everything on this compilation is a delight to listen to, and all facets of Markus' many-sided musical personality are revealed. Beginning with the Rypdalesque creeping black wash of ambience that is Mundo Nuevo, Part 2 from the titular album of collaborative soundcscapes released last year, we are taken on a journey guided by the satnav of Markus' never obvious muse into strange but always interesting sonic lands.

Getting the more well known Stick Men in early, this time featuring David Cross, is a good attention-grabbing move. From last year's rather fine Midori live album, the second track on this compilation is the rollicking Hide The Trees, and it tells you everything you need to know about this great band's intuitive chemistry.

In case you were worried that I was going to go through this thing track by track, fear not, I am not that cruel, or of an inkling to write endless Joycean-length sentences in that prosaic reviewing style, you will no doubt be pleased to hear! No, suffice to say in summary that everything between the two opposite poles of those first two tracks is present and correct on Fool In Music. I will however make honourable mentions for a few highlights, which in itself is difficult enough as there are no obvious low points to avoid...here goes:

The Inner Voice is from Lee Fletcher's Faith In Worthless Things, a fab album to which Markus contributed a major part of the writing, and on this track we hear his touch guitars doing their thang with aplomb. This tune is a the first of only a handful of fully fledged songs on the compilation, which for the most part is entirely instrumental. This time out, we find Lisa Fletcher's lovely unaffected vocal taking centre stage. If Lee is reading this, please get out from behind that mixing console and make another album!

The Wedding is the first of four tracks by Markus' post-everything electronic experimental band Centrozoon, who first peeked over the horizon in 1999, and who are still occasionally releasing music, their last album being the tumescently titled Boner in 2012, which I have yet to hear. Obstensibly a duo, with Markus' touch guitars and electronic manipulations being joined by fellow German Bernhard Wöstheinrich on synths, electronic percussion and other weird and wonderful effects, Centrozoon have added guests along the way including Tim Bowness, Tobias Reber, and Markus' long-time musical colleague Pat Mastelotto. Pat crops up on numerous offerings on this compilation.

How Things Turned Out, Part 7 is taken from a nine-part rule-based minimalistic improv, and perhaps points the way to Markus' grand opus Todmorden 513. For me the best example of ambient here is Markus' collaboration with Zero Ohms aka Richard Roberts whose "wind-controlled synthesisers & over 50 various flutes, saxes, & other woodwinds" added to Markus' touch guitars and some weird thing called a "recursive accumulation device" create a stately construction of meditative contemplation during the unfolding mystery of Indescribable. This is contrasted completely with the following brief atonal cacophony of Amsterdam. Modus 7, from the superbly named Quartet for The End of Time play out an Escher staircase of strange ascending scales that reaches a plateaux nervous thrumming pent up energy, before carrying on ever upwards.

Colour Vision sees Markus teaming up with renowned alt-electronica figure Ian Boddy, a collaboration that has produced many albums over the years. It is another twist on ambient technique, that unusually features a guitar...that sounds like a guitar. Icily calm and crystalline, it is another dreamscape of seemingly effortless assemblage.

TUNER are Markus and Pat Mastelotto, and they function both as a production team and as a wilfully strange "rock" band, the unsettling rhythmically propelled lurch of Up, Down Forward and Return being yet another compilation highlight. Centrozoon return with the slinky funk of Pop Killer, featuring the last vocal on the album, delivered in typical swoonsome fashion by the unmistakable Tim Bowness.

Most, if not all these tunes seem to come from Markus' more recent output of the last few years, and Velveteen by Nocturne Blue is part of a work in progress, being a song-by-song release as they are individually crowdfunded. Aiming to be completed by 1st October 2016, the album is titled I Came for the Light and Stayed for the Shadows. Nocturne Blue are Markus, Adrian Belew Power Trio bassist Julie Slick and audio-visual artist Dutch Rail. The track itself is an unhurried revelation of serenity, giving one pause for thought.

Ehkor by Namgar is a fusion of traditional Mongolian instrumentation, with Namgar's haunting vocal, married to modern studio techniques. The end result is quite beguiling, and draws inevitable comparisons with Peter Gabriel's "world music" (gawd, I hate that term, how about "Non-Anglo"?) influenced output.

After the atypically heavy Impulse Response by Adrian Benavides, we end where we almost began, in the more familiar terrain of the Stick Men. Despite promising not to do a "track-by-track" dissection, it has been hard omitting anything, as these two and a half hours have flown by, and none of it is wasted time. I have highlighted less than half the album's 28 tracks, but hopefully that has been enough to tempt you to at least follow the link below and give Fool In Music a listen.

Get this FREE compilation of a truly individualistic talent, pick your favourite and buy a download, it's the least Markus Reuter deserves.

Tracklist:
No chance! Go to Bandcamp and get it HERE.