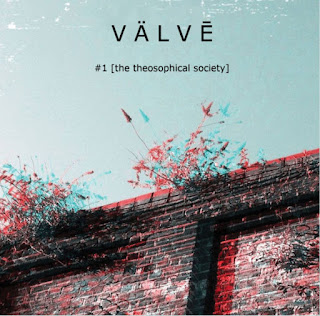 With every other member of Knifeworld being involved in at least three other bands as well as having parallel solo careers, as musicians, DJs, and sword swallowers, it would be remiss of the Knives' resident bassoonist Chloe Herington to sit at home putting up shelves, don't you think? She did too, so with the help of "a spectacular array of rather fetching collaborators" adding saxophones, found sounds, and fragile electronica, this somewhat beguiling EP was produced.

It sounds like anything that required electricity to power it was plugged into a single socket in next door's garage while they weren't looking via stacked three-plug adapters, such is the tottering fragility of the music herein. Some say that avant garde music is often unnecessarily indulgent, and wilful for the sake of it, but this is another creature entirely, blown on the winds of a febrile imagination.

If I am forced to describe this music in two words, that epithet is "dangerously cute", or maybe "cutely dangerous". #1 [the theosophical society] is a taster for a forthcoming album rather discomfitingly entitled Silent Reflux, which despite the name I look forward to with heightened curiosity, pricked further awake by the appearance of a fully formed song in the last track here, lights. #1 [the theosophical society] has inculcated itself with that song, and I require more.