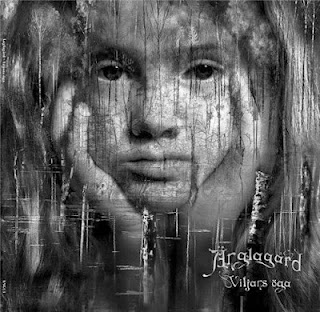 To cut a long story very short, I have always been into complicated music as I'm sure you know, but back in the late 70s prog had become a bloated and excessive beast that was elitist in the extreme and about as far removed from its fanbase as modern day football is from the terraces of old. It had to die, or at at least suffer a severe pruning, and here in Blightly along came punk to do the culling.

My musical tastes took a sharp left turn at around the same time, mostly due to the much missed John Peel. I still listened to the prog classics, but the era of keyboard players consuming takeaway curries on stage while the rest of the band indulged in an endless faux-Buddhist percussion clattering was well and truly over.

Prog continued gamely on well under the radar, although the second wave prog bands of the 80s were far removed from anything that might be termed "progressive", preferring to hark back to the glory days for their servings of pale imitation, and were ignored by yours truly and almost everyone else.

Music for me was and is a constant search for the new, and back in the early 90s scanning mail order lists my eyes were alerted to the cover art of Anekdoten's Vemod, the cover being highly reminiscent of Keef's colour negative art for my obscure label of choice, good ol' Vertigo "Swirl". This was pre-internet so I had no samples to go on but I took the plunge as the description reckoned King Crimson similarities. When I got my hands on the CD I was blown away by the new Scandi-Gothic twist on the mighty Crims as belted out by these obscure Scandinavians, so the mail order list was scanned again, and just above Anekdoten was Änglagård, who not only had a similar sounding name and a similar line up but also hailed from Sweden. How could I resist the enticingly titled Hybris? Thus, Änglagård and Anekdoten were responsible for re-kindling my interest in a long neglected musical avenue, and the rest is indeed history.

Hybris came out in 1992, followed in 1994 by Epilog which had an unfortunate literal meaning as apart from the live album Buried Alive which was released in 1996, that was it, or so we thought. After an aborted attempt at relaunching the band in 2002, a successful reissue program over the last three years saw the band getting together again, writing and recording Viljans Öga (Viljan's Eye*) and playing live, most notably at the final NEARfest earlier this year over in the USA. Looks like we'll just have to wait over here!

I tracked down a copy of the album, which was not easy as I seem to have bought one of the very few that went on general release, but the good news is that according to the record label webpage the new edition will be on sale soon. I've put a link near the end of this piece to the only site I can find selling it, albeit on pre-order only, as well as to the record label and the band's webpage. All I can say is, keep checking!

Logistics aside, the aural delights that greeted me on spinning the disc were like hearing a greeting from a group of long lost friends. Whereas Anekdoten took King Crimson as the main ingredient in their Viking melting pot, Änglagård went for early Genesis as a base. Both bands then mixed it all up with Scandinavian folk influences and black visions. That early Genesis infulence was slowly subsumed by Änglagård's own sound and Viljans Öga continues that development into something that is simply "Änglagård", no more no less. The aural canvas here is familiar but tempered by maturity, both in the composition and in the playing; the brooding Scandinavian dark but pastoral prog and folk-tinged vista has been widened by an expanding intricacy and cohesiveness in the composition, and the playing throughout is sublime. While the music on this album cannot be said to flow seamlessly, and is not intended to as the dissonant passages in opener Ur Vilande attest, there is definitely a more cohesive whole on display here than on the last album Epilog, good as it was. The whole thing sounds like a soundtrack to an epic Viking legend, something for Thor to put his feet up with after a hard day smiting minions. Lovely!

With only one of the original band not present on this album it soon becomes apparent that the chemistry between the players is still there as the interplay feels instinctive rather than forced. There are four tracks, all instrumental and all of around fifteen minutes in length, and all four go through many twists and turns. The familiar swathes of mellotron blended with epic but tastefully restrained guitar passages rudely interrupted by avant dissonance are all present and correct, as the song above attests. The instrumentation this time round is further expanded from that on Epilog (see below) and this adds to the epic quality of the music. Having said that, there is nothing here that fans of the band would be surprised about other than the seemingly effortless nature of the playing after all those years.

Finally, Johan Brand must be complimented for the lovely and melancholic artwork and photos both on the fold-out digipak and on the tasteful booklet.

Younger readers who are not familiar with this band should check them out as should anyone with a liking for Ian McDonald era Crimson, early Genesis and modern bands such as Gösta Berlings Saga; you will not fail to be impressed. Indeed, drummer Mattias Olsson has a close connection with Gösta Berlings Saga, and their keyboard player David Lundberg appears with Änglagård on stage. You will probably have to make do with an earlier album though until the new one is re-pressed, as explained above.