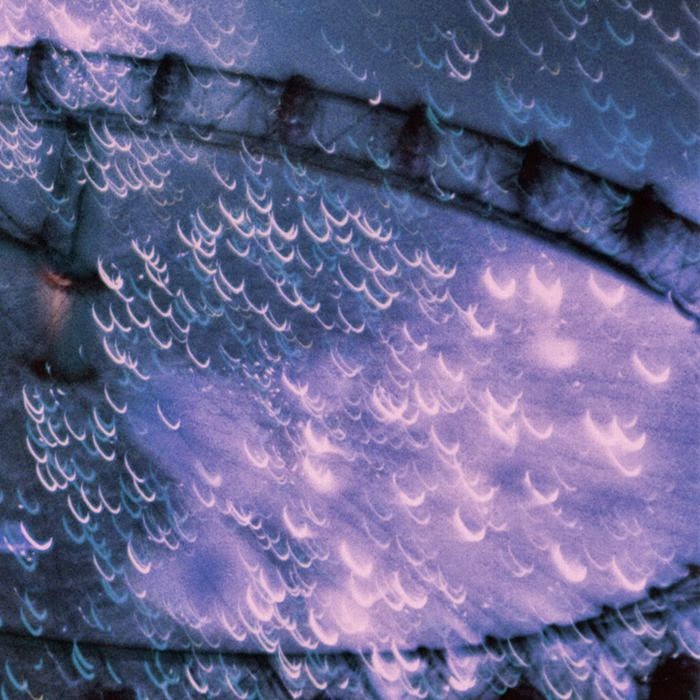 Multi-instrumentalist Emmett Elvin is the keyboard player for Guapo, Knifeworld, and Chrome Hoof. In another no more or less real world he is an artist and graphic designer and an exponent of sundry related activities. He describes himself on his website as “hectically creative”, a description that also fits this, his second solo album to a tee.

Bloody Marvels consists of thirteen (plus two "bonus" tracks) pieces of mostly instrumental music varying in length from under a minute to well over five minutes, and it could all be the soundtrack to a wilfully obscure arthouse movie that still only exists in its writer's head.

Aided by many of his colleagues from the aforementioned bands, along with some other musical friends and relatives, Emmett has created a vast all-encompassing cinematic soundscape in which the listener can easily get completely absorbed, to the point where the album has ended either after ten minutes or two hours, who knows? This audio painting is mixed and mastered (you can't just say "produced" these days) by Mark Cawtha who has worked with Knifeworld and North Sea Radio Orchestra amongst others. Those two bands are at opposing ends of full-on and minimalist music making, and Mr Cawtha has used the sonic traits of both on Emmett's album, to great effect.

Emmett's main instruments are keyboards of various hues and acoustic guitars that maybe bear the traits of a classical training. You can see from the credits below that no instrument seems to be beyond this musical polymath, a fact given away by the modest "etc".

Thirteen soundtracks to thirteen impressionistic arty videos, or a complete soundtrack to a road movie of the mind, all yet to be made - these are my first thoughts as the plaintive slide or bottleneck guitar melody slips mournfully across quickly picked arpeggio guitar on opener Artificial Pterodactyls Over Leytonstone, a tune that exposes fraught nerves just under the surface.

Phobos is three minutes of chamber music with piano and cello, and the slide/bottleneck returns on Toxic Sweetheart with a very similar melody to Pterodactyls.

Beyond Astronomy's Reach references Gustav Holst's Planet Suite, ascending oh-so-slowly like a Saturn rocket on take off determinedly escaping gravity's pull. Introductory swampy mists swirl on bridging track The Indolent Spirit, and then we are in a run down shack in Alabama where all kinds of dark backwoods ghosts roam through Where Do You Think You Are Going? More strings to Emmett's ever-expanding musical bow come when a banjo adds to the reflective cello and more finger-picked and bottleneck guitar. Bassoon, trumpet and a slightly overdriven distant electric guitar add to the mix in a hypnotic cyclical progression that makes this tune the most intense of the album so far.

Harmonium Phosphate is played over a horror-short scripted by Alan Bennett, and by now the largely acoustic instrumental palette is proving a boon to spur my imagination to ever more unlikely scenarios. Thora Hird as an undead repressed Methodist matriarch, anyone? Nocturine is a time to bring out your dead, and the jester cavorts to bluegrass bottleneck as Jupiter Sneezed, by Jove he did!

Suddenly Two Tree Island Drowning has us in the court of a medieval king dancing a formal dance in the round, all classical guitar motifs, enlivened by bottleneck electric to add a nerve jangling element of suspense. The scene dissolves and the lens refocuses on the protagonist dreaming, eyelids twitching, mental vistas shifting as synapses spark.

After the deceptive calm of the echoing Disaster Avenue, we arrive at what turns out to be the only song on the album. The vocals, initially displaced and shifting, come as a surprise and Witness Unknown is not a million miles from a Knifeworld song in structure. I'm not quite sure it fits in here.

More gorgeous strings return on the classically inclined Medicine Box, and Outro is the musical box winding down. The two bonus tracks commence with film-noir dramatic intent on X Corpus, a tune imbued with a dissonant dark menace that would have fitted on the main album, perhaps in place of Witness Unknown. X Corpus also uses a Holst motif, obviously a favourite of Emmett's. The very odd Dustbowl Prizewinner ends the journey with a cut-up of snippets of what has gone before, chatter, dog barks and birdsong. "What's going on?", indeed!

All in all, a quirky and enjoyable ride from a musician brimming over with ideas. I look forward to his next solo effort which I am sure will be as different to Bloody Marvels as this album is to its predecessor Emmettronica '98 - '05, a compilation of sample-based electronic music. Bloody Marvels is another winner from the Bad Elephant stable, definitely a label to watch.

Bandcamp
Emmett Elvin in his other guise