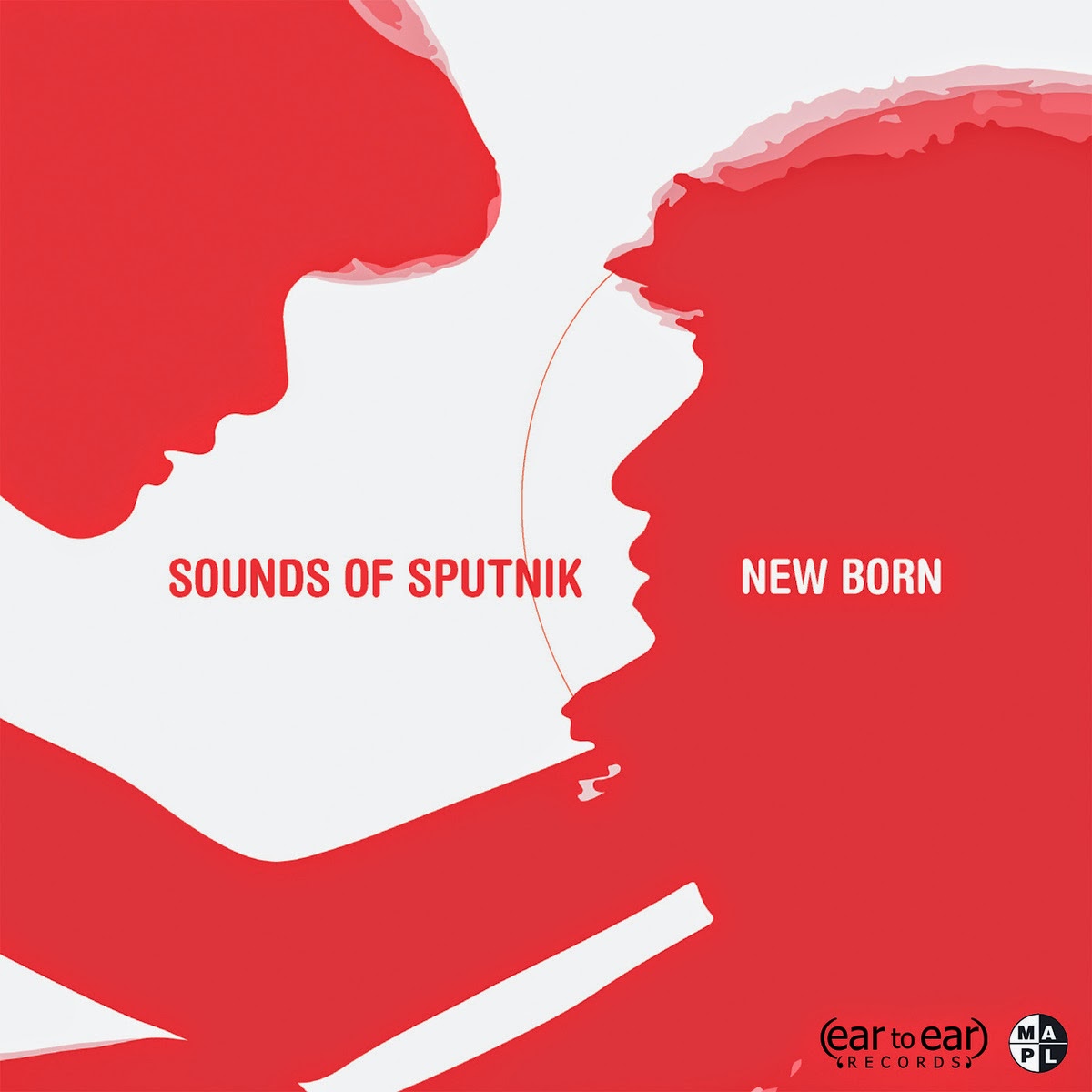 Sounds Of Sputnik is Russian multi-instrumentalist and producer Roma Kalitkin who is here aided by Canadian/Ukranian duo Ummagma on three of the five tracks of this, his debut release. Proof positive that you can have successful collaborations between Russians and Ukranians in these fraught times.

Shauna McLarnon and Alexx Kretov are Ummagma, under which name they released their first two albums simultaneously back in 2012. Since then they have released singles and remixes while keeping very busy promoting themselves online in order to be noticed in this over-populated internet music world.

Like Sounds Of Sputnik, Ummagma are firmly rooted in the world of shoegaze and dream pop, and here the trio rekindle a working relationship originally tentatively begun some 12 years ago until McLarnon and Kretov moved away from Russia. Theirs is a perfect match and here they present us with five new songs steeped in the world of MBV, Slowdive, Cocteaus, and just about every other British original shoegaze band you could think of.


Although obstensibly an album, this release is effectively an EP, as seven of the thirteen tracks are remixes, and one a radio edit, as you can see from the track listing below. The five original tracks constitute 21:23 of the total running time of 59:12, and although some of the remixes are interesting enough in themselves, it is a strange tactic. My guess is that these days no-one under 40 plays albums all the way through anyway, so the inclusion of re-imagined versions of songs makes little difference in this "playlist" age of short attention spans. Whatever the reason, this is not an album in the traditional sense.

Of the five original songs, Ummagma appear on tracks 1, 2, and 5, and the combination of the post-rock and Gothic musical atmospherics are complimented nicely by Shauna's breathy tones on lead song New Born, an epic psychedelicised space-ballad walking the thoroughfares of an anonymous Russian city in winter. Light Scheme is a jauntier affair, and to these ears a more obvious choice for a single.

Blizzard and Shades of the Cosmos are solo efforts from Roma Kalitkin, and the former has a slow, doomy, and overdriven guitar as the base for chiming guitar and synths to take the simple musical construction to reverb and echo heaven. Ending too soon, it is followed by Shades of the Cosmos, a dark trip through early Cure and MBV moves, full of more effects-laden shimmering multi-tracked guitars.

Overdrive sees the trio reunite for a Siouxsie-like romp through an upbeat post-rock skip and jump, with a great distorted cacophony of a guitar sound that sprawls all over the second half of the song. The section of original songs concludes with its best moments, for sure. Shauna McLarnon's lyrics to this and the other two fully realised songs on the record focus on an optimistic viewpoint of new possibilities, renewal and exploration, which makes a nice change from the doom-laden obsessions of a lot of post-rock and Goth rock.

Of the four remixes of New Born, for me the best is the Malcolm Holmes/OMD version, which opens up the spaces in the song and brings Shauna's voice, the thing that marks this collaboration apart, blinking into the daylight where it prospers in the airy mix. The Morozov mix deserves a mention for taking the thing waaay out into a far flung orbit, as if on the end of an infinitely long rubber band.

There are some fine songs here, and some good examples of studio trickery on this album-that-isn't, but I would like to have seen this trio make an album in the proper sense, as they certainly have the talent to do that. Perhaps I'm showing my age?