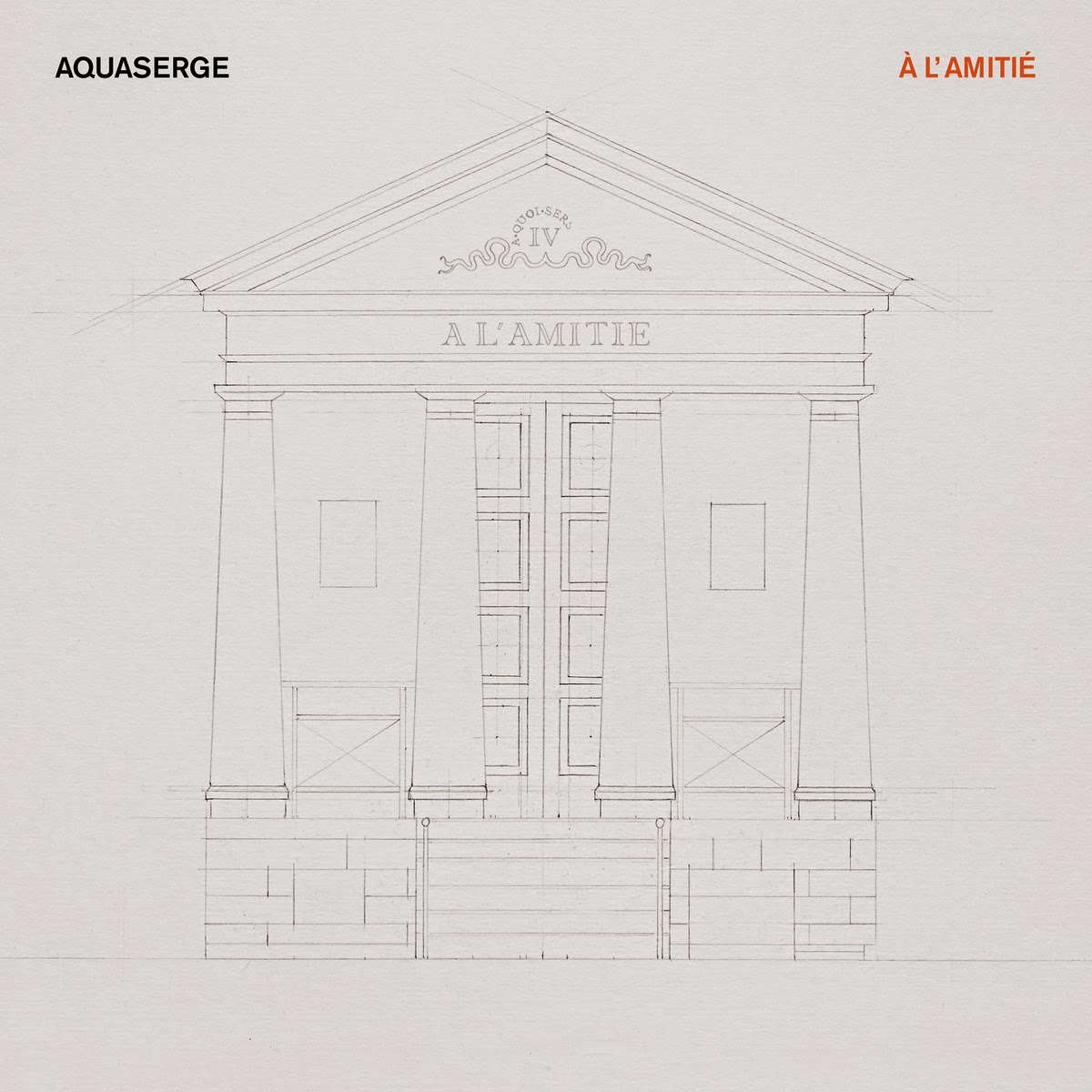 This album came out back in May, but up until a few weeks ago it was nigh on impossible to buy in any format. Originally released as vinyl only with a download code, the album was "available", and I use the term advisedly, from a French website that...well "didn't work" is a kind description. The online shop is called Chambre 404, and the deep irony in that number suffix was not lost on me!

As it was a pointless exercise reviewing an album that the prospective listener could not get hold of, I have held off until now as thankfully the band have recently created a Bandcamp page which means one can now obtain the album in any format desired. Huzzah!

I am glad I persevered as Aquaserge are a bit special. They were a band unknown to me until a chance scroll through Udi Koomran's always informative Avant Progressive Facebook page a few weeks ago, after which I obtained a review download. As said download came sans press release, I have very little info to go on other than my limited attempts at translating the "Histoire" tab of their website. Aquaserge have been going since 2005 and this is the band's fourth album. The core members are Julien Gasc, along with Benjamin Gilbert and Julien Barbagallo.

Their sound is a spacious groove, a collision of art rock, post-punk and Canterbury references, but with a Gallic twist that gives it a certain laid-back "je ne sais quois". The louche harmonies of the opening tile track recall the Hatfields filtered through Gong at their most relaxed. Guitarist Julien Gasc (presumably) contributes a short and gorgeously wonky guitar solo to proceedings, adding just the right amount of otherworldliness.

The band reveal a punkier side to their nature on Serge Singe, which is led by a spiky guitar figure that delves deeper into Gong territory. For Bob returns to the off-kilter Canterbury-thru-a-gauze, and by now I am well and truly hooked.

The instrumental song suite Sillage progresses from calm beginnings to a fraught charge in part 3 that could easily soundtrack an alternative reality James Bond boat chase. They slow the pace down on the dreamy but slightly edgy Je Viens (I'm Coming), with its heavily plucked bass, whistling and bells to the fore.

The train rolls on down the track during the metronomic Travelling, glimpses of disinterested faces flashing past your window in black and white. Preparation is a composition that sounds like a cut-up but isn't, and then we reprise I'm Coming which shows the band have a knowing sense of humour. It is a grandiose epic sweep of almost-rock that leads into Ceci ("She", presumably?) that crystallises the avant-classical sensibilites of the band amid chirping agitated percussion and a heavenly choir voice.

A suitably strange end to a beguiling album that is most certainly progressive in the only and proper definition of that over-used term. Make À L'Amitié a friendship that lasts.

20th November 2015 - it has only now come to my attention that the band's name is a kind of off-kilter tribute to Segre Gainsbourg, and the drummer also wields the sticks for trendy and frankly rather good Australian pop-psych outfit Tame Impala! You learn something every day...