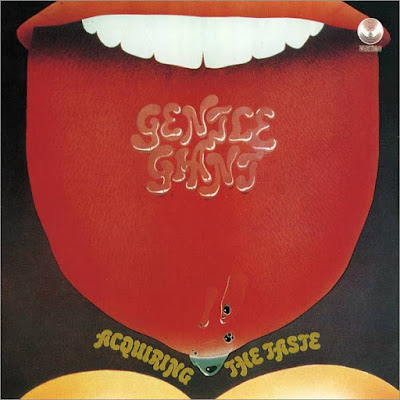 Well, here we are at Part Four...not long to go now, honest!

If you're looking for a defining original prog rock album away from the more obvious choices, this little beauty could well be it. Gentle Giant's debut was a good album, but this blows its socks off! 40 or so minutes of musical exploration allied to stunning arrangements by a bunch of incredibly talented musicians, this album set an early standard.
10/10


Good folk record with occasional hints of acidity in the grooves that puts it at the lighter end of the same street as Trees and Comus, leavened by a touch of early Sandy-era Fairports.
The stunning six-panel fold-out die-cut cover probably outdoes the music in terms of inventiveness. The most I have ever paid for a record...no, not telling!
6/10

6360 044 - Not released, white label promo copies only of Dave Kelly's self-titled album, which eventually saw the light of day on Mercury

Odd compilation that has none of Vertigo's obvious bigger acts, and includes four tracks by artists who never released albums on the label, and a fifth by Jimmy Campbell not featured on his sole LP but easily as good as anything on there. Collectable novelty value aside, the majority of these cuts are all rather good.
6/10

Ramases was a Sheffield-based plumber in his day job. I wonder if he ever worked with a local spark by the name of Joe Cocker? Our Egyptian mythology-obssessed pipe welder and his good lady can sing a bit, and here they are backed by the band that became 10CC. As a result the playing is naturally exemplary which lifts these otherwise average hippy cosmic workouts above ground, which is just as well given the massive six-panel foldout Roger Dean cover depicting a steeple-themed rocket ship at lift off.
6/10

Keyboards/Bass/Drums line up sees this sombre trio play out Keith Keyes philsophical concept album themed around the innner struggles of the soul. Better than that description makes it sound, honest!
One of the best covers on the label features a Barney Bubbles fold-out die-cut spectacular.
6/10

Blues-rock trio led by ex-Procol Harum  drummer Bobby Harrison. Fair to middling throughout, plods along and sounds terribly dated. Although well played the paucity of decent songwriting lets it down.
5/10

Having hit the motherlode with Paranoid, the Brummie lads are now coasting. The stereo-panned cough that introduces Sweet Leaf still makes me smile every time I hear it. They may be treading water, but it still blows most of its competition out the way. It even sounds musically sophisticated at times, which won't do, surely?
You haven't "collected" this unless you've got the ellusive Keef poster by the way.
8/10

Fairly average and uninspiring jazz rock from a group of one-album-wonders. Notable mainly for being the only UK "swirly" not to include the Vertigo logo on the front cover. Stupidly expensive, I'll make do with my Arkarma exact repro.
5/10 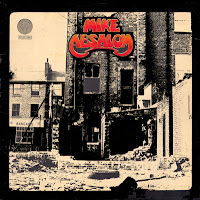 Storytelling urban folkie Mike Absalom is an atypical choice for Vertigo, and that may explain why this record is rumoured to have been one of the label's lowest sellers. Talking of atypical, you'd never guess that was a Roger Dean cover, would you?  Another massive six-panel fold-out job, too!
5/10


Ah, it's those godawful third division Scottish proggers Beggars Opera, whom you recall got a pasting from me for their first LP. Have they improved? Thankfully yes, mostly by turning down the cheesy faux-classicisms. See the video above and make your own mind up! Waters Of Change sounds like an old wives' remedy for the hot flushes rather than a thrusting rawk album title, doncha think? Oddly, leader Ricky Gardiner later turned up playing guitar for Bowie on Low, and also on Iggy LPs from the same era.
5/10

It's now 1972, and here we have a proto-pubrock album of some style that sits somewhere between Savoy Brown's Looking In and early 70s Fleetwood Mac. Some sharp-suited R&B and blooze-soaked tuneage make for an enjoyable if unchallenging listen.
A lovely but fragile Roger Dean die-cut cover makes this hard to get hold of in good condition, a similar problem that befalls Nucleus's Elastic Rock.
6/10

Another year, another backing band, including future Attraction Bruce Thomas on bass guitar, with "Woolfe Flywheel" on accordion, and why not? More balls than the debut, but somehow even more underwhelming.
5/10

6360 058 - Not released, white label promo copies only of Assagai's second album Zimbabwe which got a full release on Philips

Ex-Manfred Mann object of pubescent female lust makes an album of worthy singer-songwriter fare. With this LP being his fifth solo effort he had long shaken off his teenybop idol image, but has maybe ended up becoming far too earnest in the process. Great lyrics, all the same!
6/10

Having left Affinity, Linda Hoyle employs most of Nucleus as her backing band, with Karl Jenkins writing the music and orchestrations to Linda's lyrics, and the end result is a classy product by an underrated singer.
7/10

6360 061 - Not released in the UK, this was a Peru-only release of a compilation of some of the heavier acts on the label, lead by a few Sabs tunes

vertigoswirl.com reckons this is better than the debut. It isn't. Still, it contains some decent dirty R'n'B and some downhome and slightly downbeat songs making for an interesting listen all the same. Bill Fifield, the drummer from the first album has left and is now Bill Legend of T. Rex fame, being screamed at by young girls the length of the land.
6/10

Average looking bunch of hairies play average sounding rock'n'boogie music for longhairs. This is the sort of thing you'd be listening to at 4:00pm on a Friday afternoon free festival bill, monged off yer tits...
4/10