Dark - Round The Edges 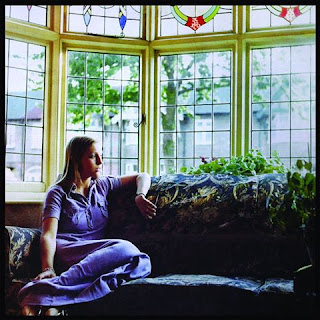 Back in the late 60s and early 70s there were many UK bands without record labels who made private pressings of albums, primarily to get the attention of record companies and secondly to give to family and friends. Last on the list and usually an afterthought was to make back some of the recording costs by selling copies to fans.

The print runs were never more than 99 copies to avoid Purchase Tax, the forerunner of VAT. The copies that were neither given away or sold to their usually very localised and therefore relatively small fan bases probably ended up in lofts up and down the country, forgotten until the record collecting boom of 90s took hold.

Private pressings covered every conceivable genre of music, and all of them have been sought after over the years, but the jewel in the crown as far as collectors of prog and psych rock are concerned, for no discernible logical reason, other than it looked and sounded great, is Round The Edges (also known as Dark Round The Edges) by Dark, who just happen to hail from my hometown.

Formed by guitarist Steve Giles in 1968, Dark built up a loyal local fanbase here in Shoesville, UK, but they had to wait until 1972 before recording their one and only LP at S.I.S. Recording Studios. The building is now long demolished, the site now occupied by a terrace of houses that stands almost opposite our old pub quiz venue of many years, meaning there I was attempting to drag long forgotten snippets of useless info from my addled synapses just yards from where record collecting history was being unwittingly forged nearly 40 years earlier.

Although websites like Discogs claim to know the number of copies made, Steve tells me otherwise:

"Always take these kind of 'facts' with a pinch of salt. Nobody - but nobody - knows exactly the quantities of each version. Crikey - even I can't remember, and I made them. If I had known at the time there was going to be all this furore over them all these years later, maybe I'd have made a note.
All I know for sure is that there were 2 pressing runs of 30 albums each + 2 test pressings with each run meaning there were only ever 64 originals in existence.

However, as an example the record's collectability, these are the latest known sales of the record, info garnered from collectors almanac Popsike:

Aug-11: Single sleeve b&w version, in what is advertised as "EX" condition - £3300
Jul-08: Single sleeve b&w version, which, reading between the lines appears to be only slightly better than knackered although the seller optimistically listed it as VG- - EUR2210 (!)
Mar-06: Colour gatefold, but don't get excited, it's the sleeve only, and no booklet. - £560 (!!)
NB: See Addendum - at the bottom, naturally!

Lord knows what an original colour gatefold with the booklet, and with the record in at least VG+ would fetch, but given that there does not seem to have been a copy of any sort put up for sale in two years, the likelihood of one ever coming up for auction is remote. On the plus side, a collector would probably pay you £250 for that "warped so bad it's unplayable" copy buried in the junk box in your damp cellar!


Watch Steve unpack a box! The excitement is almost too much, so there's the track Darkside from two minutes in, to calm you down... :)

Although the band continued to gig after the album's release, and some studio sessions were laid down, which many years later would see release on various LPs and CDs, both official and unofficial, the need to earn enough to eat meant that the group sadly fizzled out.

It might be that had they sent out their record to the likes of Vertigo, Harvest, Island, say in 1968 instead of 1972 they may well have been given a deal. Being a former Vertigo "spiral" collector I can easily see them fitting into that roster, alongside the likes of Clear Blue Sky, May Blitz and Still Life, for example.

As drummer Clive Thorneycroft puts it "We often wonder what might have happened if we had met the right people, but we missed the boat". It has to be said that Northampton has never been at the centre of the musical universe! Back in 1998 when this quote originally appeared in an article in The Telegraph* newspaper of all places, Clive was the only band member who then still owned an original of the colour gatefold. If he still has it, it should at least should keep the wolves from the door.

This new reissue, from equally new American reprint specialists Machu Picchu, features improved artwork courtesy of Steve and Photoshop, restoring the colour to the rather washed out look of the earlier band approved Akarma version. The gatefold cover now replicates the original in that the band name and album title are not on the front cover, and the black border, the "dark round the edges" that was strangely omitted from the Akarma issue, is now fully restored. The labels on the actual record are reproductions of the originals too, all unlike the previous version. The Akarma vinyl might be slightly heavier, but it is difficult to tell, there isn't much in it for sure.

The lyric booklet has been expanded to include a potted history and previously unseen photos including recording logs and invoices from S.I.S. Recording Studios. The album cost the princely sum of £121.85½p to record and produce! That might not sound like a lot, but don't forget that was over 40 years ago, and as Steve was the only one working, he seems to have paid it all, a band whip round garnering enough tobacco for a couple of roll-ups. I may have made that last bit up, but it probably isn't far from the truth. The CD faithfully reproduces the gatefold sleeve, and the booklet in...err...CD size! You'll see all this on the video above.

The sound has been cleaned up too, and gone are the previous clicks from the rhythm track that occasionally showed up. The remastering has evened out the sometimes lopsided stereo image of before, and the whole thing is a great little package.

The music is an amalgam of psych and hard rock, with a 60s US acid rock influence always just below the surface. Opening with the seven and a half minute Darkside, we are taken on a languid trip through hard rock's dusty back pages, and I can well imagine the band being on a bill with May Blitz in particular, being a less frenetic and more laid back take on a similar sound. Steve tends to play the more melodic solos, while second guitarist Martin Weaver contributes the "raucous" plank spanking, as the sleeve notes accurately tell it.

Live For Today would not sound out of place on a Man album, and R. C. 8 features some humorous loo flushing as a rhythmic counterpoint. Heavily featured throughout the album is the good old fuzz pedal, a staple of hard rock bands of the time, used sensibly rather than drowning everything in grunge, and it works a treat. Of course wah-wah is also present and correct, placing the album firmly in its time.

This record is a must for collectors who want a more faithful repro than has previously been offered, and the sound on this new one is much better than on any previous issue. Fans of late 60s and early 70s hard rock/psych who have not come across this before should dig it, too.

This reissue is dedicated to Steve's daughter Carly who died suddenly and unexpectedly a couple of years ago, prompting a one-off reunion gig raising £3000 for the local hospital. They even managed to get second guitarist Martin to come over from Bulgaria, to where he had emigrated. A great time was had by all, and good things were born of tragedy, on what must have been a highly emotional evening for Steve and his family and friends.

That, unfortunately, will be the last we will probably see of the original line up, but Steve and Clive still play together in a new band, so you never know what may come of that.

* I assume this to mean the daily paper of choice for the UK's ruling elite, and not local evening paper The Evening Telegraph! :)

Buy HERE if you're in the USA

Buy HERE if you're in the UK

That article was in The Sunday Telegraph, December 20th 1998.

Clive does still have his original Colour Gatefold which is in Very Good Condition.

He doesn't plan to sell it.

Any offers, bearing in mind the price the B&W gatefold achieved (which wasn't owned by a band member), would have to be 'Astronomical'!

We did record a second album - Anonymous Days - during late '95 early '96 at Far Heath Studios, Guilsborough. (2 tracks were laid down at 'Outrider Studios' in Northampton, just before it closed down).
The album was financed by deals from licensing the rights for 2 or 3 re-issues of Dark Round The Edges.
at August 11, 2013