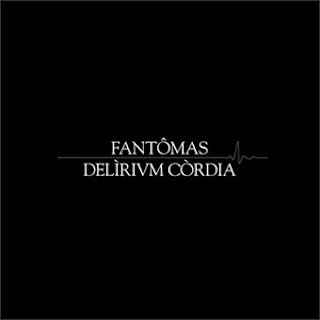 Mike Patton - avant dilettante magpie or musical polymath? I prefer the latter, but in any low profile genre there lurks a fanboy (and it usually is a boy) or two who are so incredibly precious about their particular dark corner of inaccessibility that they take umbrage at anyone perceived as an outsider that has the temerity to meddle in their territory. Even worse if said intruder is mega-rich off the back of a successful for career in something
...heavens forfend...popular.

Such a target for unjustified abuse, not that I imagine that it even registers with him, is Mike Patton, ex lead singer of popular alt-metal combo Faith No More, who, in my humble opinion, made the best metal album of the 90s with the utterly fab Angel Dust.

Scratch below the surface of that unearthly slab of strangely melodic feral noise and you can begin to see why Mr Patton took a left turn, first with the alternately annoying and brilliant Mr Bungle, a band that actually existed prior to FNM but had to wait until after FNM's first burst of success before releasing their first album, and later with his solo project Fantômas. Of course, Patton has been involved in dozens of other projects covering many musical styles, far too numerous to go into here. Suffice to say, good old Wikipedia has the answer.

This band/project have produced four albums to date, each entirely different to the other, and all of them are worth investigating, but this is my favourite. It was originally released in 2004, and I only discovered it this year, and I consider it worth of exposure to my three readers, who may well know it anyway, but what the hell...

In case you were wondering, I am writing this while slightly drunk on red wine, so at least I have an excuse for my rambling syntax this time round. I am listening to the cacophony on the headphones while my better half sleeps. This is probably the only way to do it!

Delìrium Còrdia is the soundtrack to an imagined horror movie featuring surgery without anaesthetic. The soundtrack features screams, sometimes upfront, sometimes buried in the mix, the sounds of draining liquids, combined with dark ambience, lounge muzak from Hell, snatches of metal riffing, tribal chanting, and sudden changes in volume and pace to jolt the listener from any complacency.

The album begins with the sound of a stylus hitting the run in groove, and after a lone piano tentatively steps through the dark to the patient on the slab, his arhythmic heart beat and the draining of fluids leading into a Gothic choral sequence, we know we are in for a strange trip indeed.

...which, having now finished the bottle I can't be bothered to explain, find out for yourself if you're still with me. The end of the album is worth a word or two, though...

At exactly 55:09, after a repeated punch to the guts from a nasty slow metal riff, the album "ends", the stylus hitting the run out groove ad infinitum. We've all been there, too much smoking or drinking or whatever, and the lights go out two thirds of the way through side two, you wake up with a start half an hour later, wipe a trail of drool off your chin, turn the hi-fi off and go to bed. Or in this case, 20 minutes later a military voice, probably Patton (Mike, not General, one assumes) barks "One, two, three, four" and the stylus is knocked across the inner label and abruptly the thing ends. Bit of a clever bastard, our Mike... 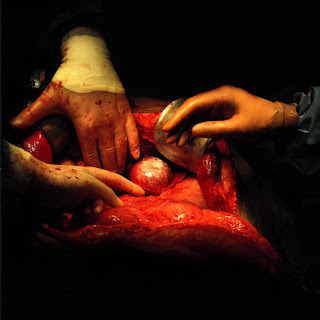 If you want to be scared witless by some frightening noise, then this should do the trick, especially if you concentrate on the gory pictures within the high-art booklet. As far as I know Fantômas have been on hold since the album Suspended Animation in 2005, but having only just discovered them I want more, now!

Also, it has to be said that the creative world needs more people with the vision and "fuck it, let's do it" attitude of Mr Patton, despite what some keyboard warriors would have you believe. More power to him and his like, I say.