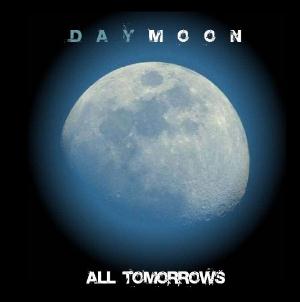 Daymoon are a multi-national collaboration based around the songs of Fred Lessing, and are based in Portugal. The album was co-produced by Andy Tillison of The Tangent, so the prog credos are present and correct. I must admit that when I read in an interview that Lessing himself describes the band as regressive rock, and that they make "no conscious effort to create 'new' music" I was put off somewhat, as there are enough prog bands out there doing that already, and for this listener recreating what has gone before is simply not enough.

However, I need not have worried too much, for although what Daymoon have presented us with is certainly referential, it is not slavishly so.

So, on to the album....with a retro Hammond (or modern synthesis of same) sound on the first and title track on initial listen this band put me in mind of Atomic Rooster, but I couldn’t have been more wrong, as this song ends on a waltz, led by a Brian May like guitar line before flatlining!  From track two the Rooster sound is dropped entirely and one song even has a reggae beat, and tempo and style changes abound. The guitarists cover many styles, and later saxes and flutes make an appearance and I’m sure I heard a Theremin in there somewhere too.

Many a modern prog album are let down by weak vocals and/or lyrics, but the various lead voices although not outstanding are better than some I've heard recently and the lyrics are intriguing and seem to be centred around love and destiny. The group’s harmonies sometimes recall Yes while still retaining enough of their own qualities, and the music, although full of traceable prog influences is referential without being overwhelmingly derivative, as has been the case with too many other recent releases.

There’s a hell of a lot going on here, and you won’t hear it all in one listen that's for sure. Marrakech for instance goes for a late 60s psych feel, continued into mini-epic Sorry, the next song. By now the album has gone somewhere else entirely from the impressions given by the opening title track, and we’re only half way through the album.

By eighth song Arklow we’ve left behind 60s acid rock and we’re into full-on prog territory. The lyrics need to be read to be fully appreciated as I’m sure there’s more to them than I've yet got a handle on.

An album like this would not be complete without ending with an epic, and at just short of fourteen minutes The Sum is exactly that, and all the influences previously mentioned go into the pot.

My one criticism is that maybe Daymoon are trying just a little bit too hard here, and at times the album seems a bit “all over the shop” as if the style changes are there on a whim, and because of this it feels longer than its comfortable 65 minutes, but one cannot fault the excellence of the musicianship or the production on the album. A few less ideas in the melting pot, and the employment of a musical director to reign in Lessing's admitted inconsistencies would not necessarily have been a bad thing.

Definitely an album that needs more than a few listens to fully sink in, and I hope that it sticks with me, as this band have talent in abundance but maybe need a little more discipline in execution. Their next album will be looked forward to with anticipation by this scribbler.