I also write for The Dutch Progressive Rock Pages, and usually I treat my reviews for them as exclusive. However, as this is an important release in "The World Of Prog" I will make an exception. The original review can be found here and was published about a month ago. 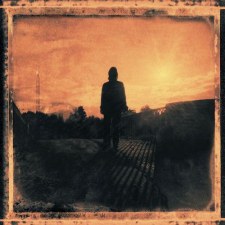 It should have been a quiet year for The Hardest Working Man In Showbiz, aka The Man Who Never Sleeps, as his band Porcupine Tree took a well deserved break after finally cementing their rightful place amongst the rock elite with the triumphal Incident tour ending in 2010.

However, you didn’t really expect Steven Wilson to rest on his laurels, or on anything else for that matter did you? What to do for our hero? Well, let’s start with a new Blackfield album and tour, during which he had to cope with the sad loss of his father, to whom this album is dedicated, as well as remastering work for King Crimson, Jethro Tull and Caravan, and production credits on Memories Of Machines’ and Opeth’s new albums! I’ll bet he put some shelves up in SW HQ in any remaining quantum measurements of free time too. Oh, and the trifling matter of his new solo project, lest we forget!

To say Grace For Drowning was eagerly awaited may rank as understatement of the year, such is the reverence and respect Steven justly commands from his growing fanbase. Having followed Porcupine Tree since around 1994 and subsequently all things SW I count myself in that number, and yes, I too kept a close eye on the doormat on the day that this album was predicted to arrive.

Using a pool of talent that you would expect a modern day prog icon to be able to call on, including the ubiquitous Theo Travis whose exceptional playing is all over the album, as well as Nick Beggs, Jordan Rudess, The London Session Orchestra and the Synergy Vocals choir, both led by Dave Stewart, and many other prog luminaries, a full organic soundscape is crafted. Gone are the metal stylings of his group’s recent works, and instead the “heaviness” is largely atmospheric or jazz tinged rather than guitar riff based. Interviews with Steven have told us that this is an album in homage to 70s prog stylings, but before you throw up your arms in despair (or delight, depending on your particular whim), all of this is on a decidedly modernistic framework. You cannot tell me that Remainder The Black Dog, despite its obvious 70s heavy prog influence does not sound as if it was made in the 21st Century. Other nice touches are the occasional use of the orchestra and the choir, which lend a layer of sophistication to the songs on which they appear. The choir is particularly effective on Raider Prelude for example, giving it a wonderfully eerie presence.

Splitting what would have been an 80 minute epic single CD into two CDs is a sensible move, as in my opinion any single album should be no more than an hour long in order to avoid a dulling of the senses. So many bands these days, and not just prog bands at that, seem to think they have to fill a CD to near capacity regardless of their ability to craft a musical experience worthy of such a length. Steven Wilson, who doubtless does possess the required ability as evidenced here, by splitting this album into two “proper” length albums is giving the listener the chance to indulge in a metaphorical half-time orange, should he or she so desire.

So, what do we have on our stereos and blu-rays? Grace For Drowning is billed as a double album of two separate but complimentary albums, each of the classic vinyl length of around forty minutes. Part one is Deform To Form A Star, a suite of songs that lyrically would have fitted well into the Porcupine Tree canon. From concerns of entropy on Deform To Form A Star, to rampant cynicism over a relationship of convenience on No Part Of Me, to the almost suicidal despair over a broken relationship of Postcard, to the bleak dissolution of Remainder The Black Dog, there is nothing here a Porcupine Tree fan would find unusual. No, it’s the music, that is where the difference lies. The first two tracks, both instrumental set the tone, especially Sectarian with its languid reverbed electric piano break creating just the right amount of jazzy smokiness in between the heavier passages. Yes folks, as if you didn’t already know, it’s jazz-prog that informs this double album, representing a big shift from previous works.

Part two, titled Like Dust I Have Cleaned From My Eye, is less song based, dominated as it is by the 23 minute jazz-prog epic Raider II, which does all the things one would expect, again using the 70s influences but in a thoroughly modern way. The opening filmic short instrumental Belle De Jour is followed by the electronica infused and orchestral and frankly mildly disturbing Index, a lesson for the collector nerd in all of us. Things briefly get all Barrett era Floyd on Track One; perversely and typically the third track on the second disc, before descending into menace, concluding with a wistful guitar part, a bit of a mini-epic. The real epic follows, the aforementioned Raider II, whose grim subject is made clear with the opening line “A fist will make you understand intention”, the Synergy Vocals choir repeating a theme that were this early VDGG would have been played by Dave Jackson. A charming tale of serial killers, this is a tour-de-force and an obvious high point. The 70s influences are strongest on this song, and after some nice flute playing by Theo Travis in the early parts has lulled one into a false sense of security, given the nasty lyrical theme, heaviness inevitably ensues with some fast guitar led playing sending the song hurtling along at a gallop. This song has all the elements of a typical VDGG or Crimson epic sound collage, and its organic feel is no doubt the result of Wilson having close contact with the likes of Lizard and Islands in recent times, in fact in places Theo Travis does a damn fine Mel Collins impersonation, and whether deliberate or not, it is no bad thing.

Being of a certain age I know exactly where all this is coming from, the question is, what will recent converts to Porcupine Tree make of it? One hopes it will lead them to explore their dads’ (or grandads’!) record collections to discover the delights within. Not to say this work is a slavish recreation of a bygone sound, à la Wobbler’s recent museum piece, it is not, there are enough modern touches to make it a relevant work to those of us who like their progressive music to be precisely that.

Steven’s good friend, Mikael Åkerfeldt, may well have been better served to have released Heritage as a solo album, which, by so doing with Grace For Drowning, Steven has hopefully avoided alienating his hard won Porcupine Tree fanbase, who it is to be hoped, will dig it anyway. It is a brave sideways step from Insurgentes, which bore a fairly close resemblance to Porcupine Tree’s sound, sharing as it did similar influences, and is a record that poses interesting questions as to where Porcupine Tree will head next, given Steven’s declared intention to drop the metal riffing. That however is a conundrum for another day. For now, what we have here is a work of some merit which will hopefully bear repeated listens over the coming months and years, as on the first few listens it is turning out to be something of a grower, rather than the instant hit that was Insugentes. Being a work of depth and no little originality, despite wearing its influences on its sleeves, a grower like this usually lasts the course far better than something that instantly gratifies. This is a modern record that isn’t afraid to take the best elements of past prog triumphs and mould them into a fresh and new sound for a 21st Century audience.

Subjectively, is this “better” than Insurgentes? No, nor is it worse, just different. I urge those of you who prefer Steven’s more metal oriented writing and as a result may prefer the first solo album, to please give this fine work the chance it deserves, you will be grateful in the end, believe me!

Much anticipated now is the Wilson/Åkerfeldt side project, going under the title “Storm Corrosion”, which according to an Opeth press release via Metal Underground should have an album out in April 2012. Furthermore, "This album could be seen as the final part in the odd trilogy of records completed by "Heritage" and Steven Wilson's brand new solo album "Grace For Drowning". If that doesn’t get you drooling, I don’t know what will!

My one small gripe is that there is no DVD-A surround mix with all the extras this time, that luxury being afforded only to those who have invested in a blu-ray player. While I understand Steven’s fondness for new sonic and visual technological developments, surely the economies of scale are such that a DVD-A version in parallel would not have broken the bank, and would have kept happy the majority who do not own a blu-ray player, and maybe cannot afford to invest in one.

Ah well, at least I’m going to see the tour in the not so distant future, something I’m already counting down the calendar to!