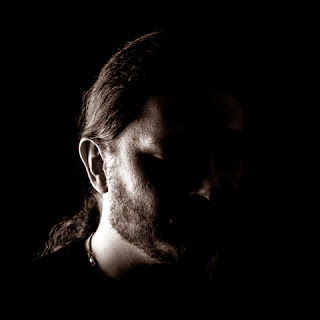 Pokerface, aka Stefan Heidevik has made a big stride with Silver Heart - Part I, his second album. Progressing is the word, and here it applies, Stefan and friends concocting an avant-progressive mix for the modern world.

The clattering beats of the first album Transeo are still present, but reined in a bit, which opens up the sound, allowing the listener to concentrate more on the weird instrumentation on offer.

Retaining the services of guitarists Mattis Karlsson and Bryan Baker and reed and wind instrument player Per Ericsson from Transeo, the other guest musicians are new players, the cello and violin are gone, to be replaced by an accordion. Not that this changes things significantly, as the dominant sound source is always Stefan's collection of unfathomable electronica.

Probably the most well-known guest is drummer Morgan Ågren (Mats/Morgan Band, Devin Townsend) who contributes some dazzlingly furious contrapuntal drumming to Thank You Wendy, which sails off on an off-kilter guitar line from Bryan Baker before becoming a kind of techno-jazz workout in some very odd time signature indeed...ah, here comes that woozy guitar again, careening about like a butterfly trapped in an upturned jar. This is highly inventive music making of a very high calibre indeed.

Bang in the middle of this album is Heartland (For Dad), standing out because of its near-conventional post-prog structure, given just the right amount of edge by Oscar Johansson's clever drumming. The song itself is a heartfelt paean to loss and although Stefan's voice is not his strongest asset, it manages to convey the obviously raw emotion by remaining natural and just about pulling up short of cracking up. Mattis Karlsson provides the suitably dark shards of post-rock guitar that drives the song along in tandem with Oscar's drumming.

The song eventually ends in waves of echoed and reverbed guitar, reminiscent of My Bloody Valentine, and although atypical of the rest of the album, it shows that Stefan can draw the conventional shape if he needs to. Check it, and the rest of the album out on the Bandcamp link above.

Either side of Heartland (For Dad) are Muttersprache (Mother Tongue) and its reprise, a very odd tale where Stefan is either harmonising with a treated version of his own voice, or an uncredited female voice is used. Whatever, the effect is quite unsettling.

The bonus live tracks are highly intriguing and it would be a treat to see how this is played out live. More atonal than the studio cuts, with the sax higher up the mix, it sounds like music you could dance to if you were a three-legged giraffe. I mean that in a good way!

Finishing the album is the haunting Beneath The Tree, which is just Stefan's fragile voice accompanied by a lone accordion, and is yet another step sideways, and proof of the high intelligence at work in this music making.

This is an album for those with a sense of aural adventure, and if you liked The Man Who Sold Himself by Gavin Harrison & Ø5ric, or X-TG's Desertshore/The Final Report then you should give this a go. And, Stefan is offering it for free, so what have you got to lose?