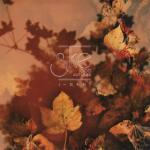 1000 Autunni is the first solo album by keyboard maestro Paolo Ske Botta, a name familiar to me from French TV's This Is What We Do, and latterly as a member of Italian avant-proggers Yugen.

What we have here is another gem from Italy's Fading Records that delivers a difficult but engaging album drawing on a wide range of influences ranging from chamber music, Gentle Giant, Henry Cow, Hatfield And The North, National Health, and a smattering of classic symphonic prog as well as jazz and modern classical.

Paolo is a collector of vintage keyboards, many of which are used on this album to great effect, all lovingly noted in the tastefully designed booklet. Each track gives a complete listing of all the instruments used as well as the keyboards, showing that this album was most certainly a labour of love.

The Hatfield's influence is felt with the vocalisings of Roberta Pagani, very much in vein of The Northettes, when she makes her appearances on Carta E Burro (Paper And  Butter), Delta, and La Nefazia Di Multatuli. A very good example of voice used as instrument, an art that is difficult to master.

Denti (Teeth) is suitably feisty but never edgy, and Scrupoli, introduced with a Dave Stewart style organ swell, leaps about like a court jester, and has a strong Egg influence, no bad thing in my book. Delta offers a moment of reflection with some nice synth work lulling the listener before the first of the three part Scogli (Rocks), which is separated by other songs, but if you program your CD player to play them in succession, a strong Gentle Giant influence abounds, as well as drawing on modern classical music. That is not to say that this album is derivative, as it creates its own distinctive sound while wearing its influences with pride. Mummia sounds as cinematic and Gothic as it should, and things are rounded off with Rassegnati in an almost classic Italian prog style leaning towards Picchio dal Pozzo.

1000 Autunni is a complex and esoteric piece of music making that shows Paolo's skill as a composer and arranger as well as highlighting his abilities on numerous keyboards. The juxtaposition of gentle acoustic instrumentation (see below) with the array of Paolo's keyboards and electronica, and Francesco's guitars, is always interesting and engaging. The intricate rhythms are embellished with many percussion instruments that are underpinned by the subtle playing of Pierre (bass) and Mattia (drums), and this produces a whole listening experience in itself. By my fourth or fifth listen I found myself following just the rhythm section on some songs, beguiled by the subtle intricate complexity on show.

Paolo's other fellow musicians are all top notch players too, and the ensemble playing throughout the album is exceptional. An album for those who like their music to be demanding, this a very rewarding and satisfying listening experience, and cannot be used as background music. In an age where the need for ambience sometimes takes precedence and music is often relegated to a secondary rather than primary experience, it is refreshing to put on an album that requires, no, demands that you give it your full attention. A bit like a three course meal at a very good restaurant, by the end you will be sated but not over-fed! Definitely best listened to in the company of a decent bottle of red wine, 1000 Autunni is yet another high quality release in 2011. Oh, and the cover and booklet artwork is lovely by the way.

Listen to streaming on myspace. The whole album is currently on streaming at http://www.progstreaming.com/ (scroll to bottom of page) but this may not be for long.